Our sailors are sailing 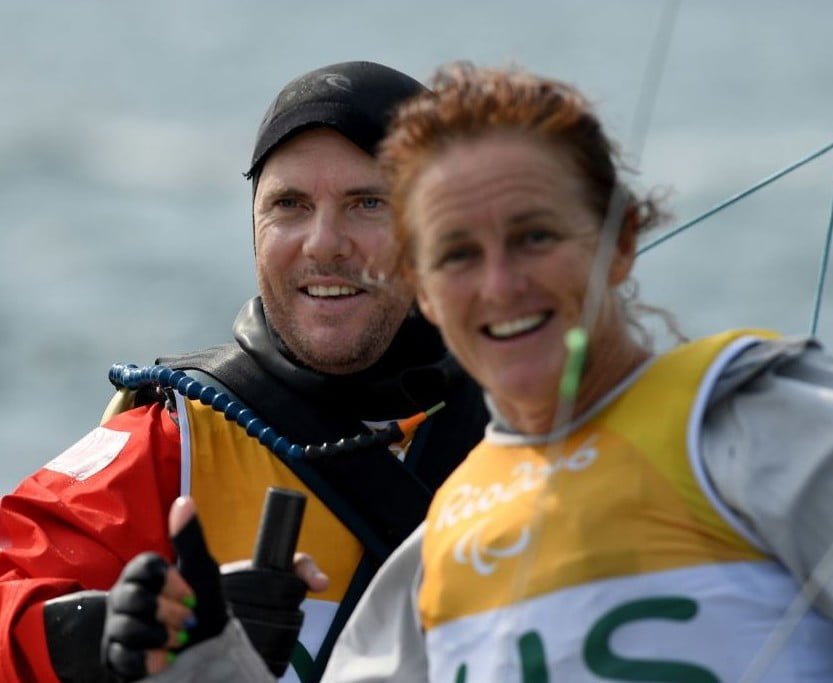 Australia’s sailors have had their best day yet of the Paralympic regatta on the waters of Guanabara Bay securing a remarkable five wins out of the seven scheduled races to charge into the gold medal position in all three classes.

With just two days of racing left, the three-person Sonar crew hold an 11-point lead over nearest rival, USA. Two-person crew in the SKUD18, Liesl Tesch and Dan Fitzgibbon, are 15 points up on Canada and Great Britain in equal second. And, after an exceptional performance in his three scheduled races to register two wins and a second placing, 2.4mR single-person sailor Matt Bugg moved into top spot by a point, ahead of reigning Paralympic champion Helena Lucas. As an indicator of the tightness of the duel between the pair, the result of race eight had to be decided by officials examining a photograph of the finish.

Despite their proximity to an historic clean sweep in the final Paralympic sailing competition (sailing has been dropped from the 2020 Paralympic program), all three Australian crews are ensuring they stay rested and relaxed, ready to switch on for the home stretch, which consists of two scheduled races on Friday and the medal races on Saturday.

“Sailing regattas in general are long. Here, we had a practice race plus six days of competition, and every day counts,” sailing team leader Mark Robinson said.

“It’s just a matter of taking the pressure off the athletes, getting them home as soon as they can and letting the officials deal with the ancillary stuff. It’s just about keeping fresh – fresh physically, but more importantly mentally because it’s a mental sport.”

The Australian sailors and staff are a level-headed and methodical group. Nothing has been left to chance, whether it be in preparation or execution. Each member of the squad is playing a key role.

The team is staying away from the rest of the Paralympic team so as to avoid the one-hour-plus drive between Marina da Gloria and the Village. However, they say, they feel very much part of the Australian set-up, especially after a visit today from the team’s Chef de Mission Kate McLoughlin.

“For most of the past few Games we’ve been at satellite venues and even satellite villages. So, staying outside is not unusual for us,” Robinson said. “But it was great to have Kate come down today. We’ve been chatting on the phone every couple of days. I just told her to bring down the “Mob” on the last day to cheer our guys on.”

Robinson said there was nothing the crews needed to do any differently from how they’ve tackled their obstacles to this point.

“It’s all going to plan at the moment. We just need to stay consistent,” he said.

“The other teams will probably start feeling a bit of stress and going different ways on the race course. We just need to not get sucked into that.”