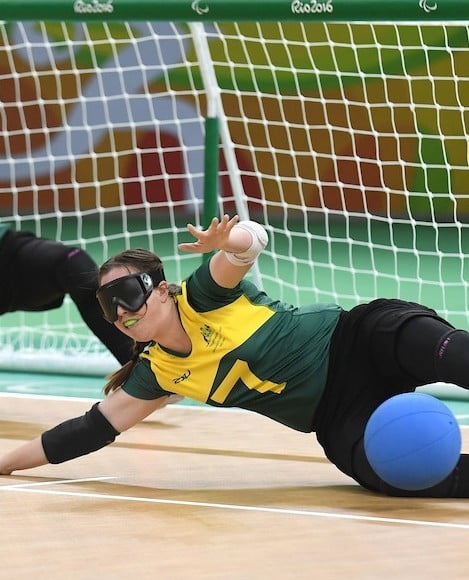 Australia remains in the hunt to progress through the pool rounds at the Rio 2016 Paralympic Games, despite conceding a goal in the final minute against the Ukraine today to draw 2-all.

The Australians led twice at Rio’s Future Arena, before world number 14 Ukraine returned from a timeout with 17 seconds on the clock and scored the equaliser.

“It’s a great result but I was shattered at the time of the final siren,” Australian coach Peter Corr said of his conflicting emotions.

“They thought we were here making up the numbers but we proved that’s not the case.”

Corr’s enthusiasm can be explained by Australia’s unsettled preparation given the team was a late entry into the event – confirmed less than two weeks ago – after the withdrawal of the Russian team.

It was Australia’s first draw in a Paralympic tournament.

Australia has played in two Paralympic tournaments before Rio and lost every match. The Australians qualified automatically as the host nation in Sydney 2000 and then made the cut for London 2012.

“It’s not really disappointing, a draw at this level is just as good as a win,” explained Meica Horsburgh.

“I mean of course we wanted to win it but I think we’re all going to go away from that pretty happy.

“They’re a good team and their coach obviously gave them enough in that timeout to score so we can look back on that and grow from it and once that happens again hopefully we can stay strong after a timeout.”

Horsburgh scored Australia’s first goal in just the second minute of play. The team held the lead for four minutes before Ukraine broke through to level up and the score was 1-1 at half-time.

The Australians second goal came from Nicole Esdaile with under five minutes to play and they dared to dream as the clock counted down in the final minute, only for Olena Rud’s second goal second goal to force a draw.

The result leaves Australia with a loss and a draw through two of its four qualifying round matches. The Australians play Turkey tomorrow before meeting Canada on Tuesday and need to win at least one of those games to move into the quarter finals.