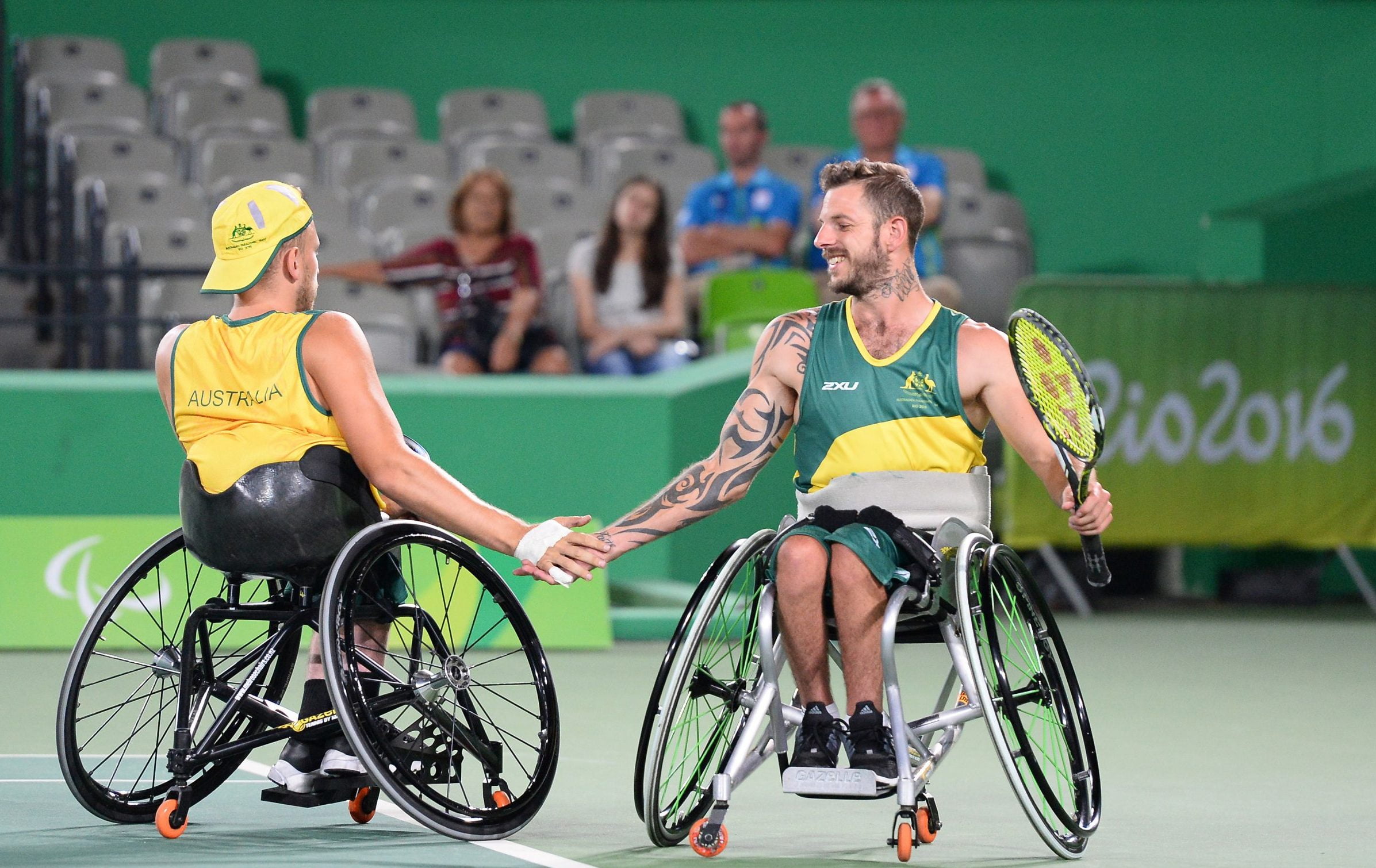 Dylan Alcott and Heath Davidson have earned passage to the gold medal match of the men’s quad doubles at the Rio 2016 Paralympic Games after a crushing 6-1, 6-2 win over Great Britain’s Andy Lapthorne and Jamie Burdekin.

The duo earned victory in one hour and 20 minutes on Showcourt 2, and will now await the winner of the other semi-final between the USA and Israel to determine who they will face for gold on day six at the Tennis Centre.

A service break in the opening game set the standard for the Australians, who chased down and sent deep as many balls as they could, eventually breaking the British pair’s resolve to record a comfortable win.

The effort sets up a big week for Alcott, who faces world No. 3 Lucas Sithole (RSA) in the men’s singles semi-final tomorrow (13 September) as he chases a rare double gold.

“We played really well,” Alcott said. “We had a game plan to not miss any balls, and we didn’t want to make an error – a single error.

“We were really steady and it paid off. We knew that we could play all day.”

Alcott also praised his doubles partner Davidson, who is making his Paralympic debut in Rio.

“Heath, who’s a rookie at his first Paralympics, he’s just playing so incredibly well. I’m proud of him,” he said.

“If you’d asked me a couple of years ago if I’d be playing doubles with Heath Davidson at the Paralympics for a gold medal, I would have said, ‘Go away’.”

Davidson, for his part, was equally effusive.

“It [playing with Alcott] means the world. I mean, I love this kid – he’s one of my best mates, and the best thing about doing it with him, is I can sort of channel my brain into thinking it’s just a hit on a Saturday afternoon at home, so it makes me calm down.

“I wouldn’t want to do it with anyone else,” said Davidson.