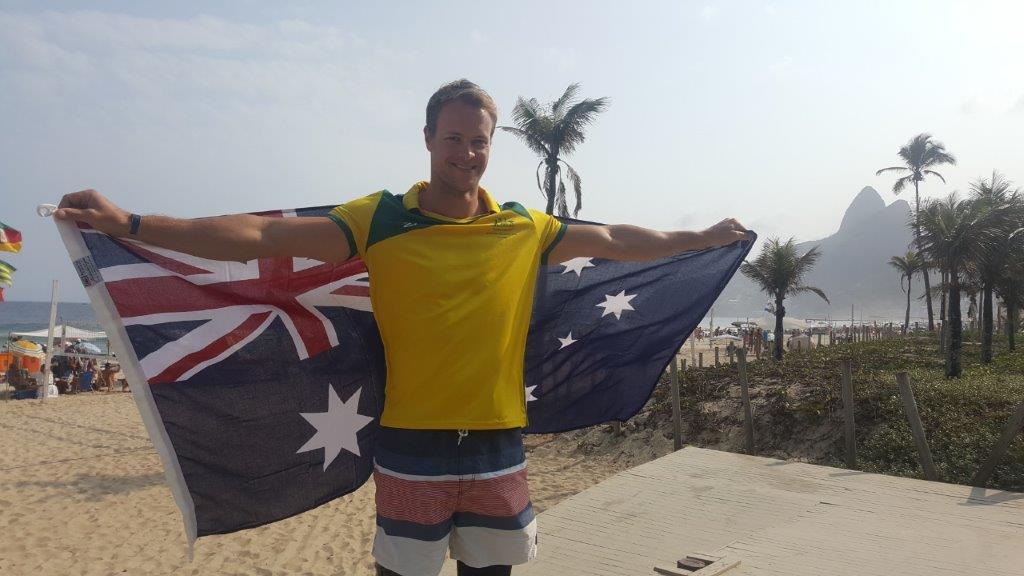 Paracanoe gold medalist Curtis McGrath will cap off a remarkable four year journey to Rio, when he carries the Australian flag into the Maracanã during the closing ceremony on Sunday night (Monday morning AEST).

Chef de Mission Kate McLoughlin surprised the 28-year-old with the news while he was catching up with friends at a cafe.

“I wasn’t expecting it, everyone kept it under wraps really well. It’s a great honour, and it feels pretty raw,” McGrath said.

The Gold Coast resident was clearly stunned and wiped away tears as he was congratulated by his mates, including two of his Army friends who were with him in Afghanistan when he lost both his legs to an improvised explosive device in 2012.

“For them to hear the news the same time I did was pretty cool, and I’m grateful that I can share that moment with them.”

McLoughlin explained while sporting achievement played an important part in choosing the flag-bearer, it wasn’t the only criteria.

“Curtis epitomises everything that is amazing about the Paralympic movement,” she said.

“Our flagbearer needs to be a person who has achieved, but also someone who embodies what we want the team to be and our values and culture, and that sense of family. They’re not just in it for themselves, they’re in it to further the movement, to further their sport, to represent their country and do Australia proud.”

A well-respected figure within the team, McGrath has been acknowledged for his leadership, dedication, and modesty throughout his quest to become a Paralympic champion.

“People come to the Games and win medals, but very, very few people come here and get to carry their nation’s flag at a closing or opening ceremony,” he reflected.

“So I’m greatly honoured, it’s a massive task and I hope I do it well.”