The Australian Rollers have completed their tour of Great Britain in the Continental Clash, finishing with a 4-1 record with decisions now to be made on the final team of 12 for the Paralympics in September. 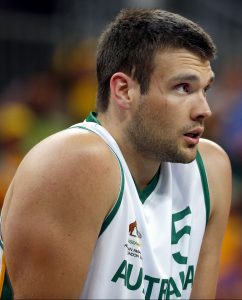 The Rollers faced Japan in their opening game, grinding out a 51-42 win following a 17-9 blitz in the first quarter.

Shaun Norris and Tristan Knowles led the scoring with 11 points each in just 20 minutes of court-time while Knowles also added four rebounds and six assists.

Shawn Russell tallied ten points at 50% shooting while hitting a couple of crucial shots down the stretch to keep Japan at bay and Brett Stibners held down the paint with nine rebounds.

The following night against the British hosts, the Aussies found themselves trailing by six points early in the game but Stibners (20 points, seven rebounds) was able to steady the ship and as the game wore on, the Rollers looked more comfortable to take a 75-70 win.

Bill Latham provided the inside presence needed to match the hosts, collecting 19 points on 75% shooting with seven boards but it was Knowles who secured the victory as he finished the game strongly to record a game-high 22 points and six assists.

Tige Simmons, Jannik Blair, Sam White and Josh Allison all had strong hit-outs on the international stage while head coach Ben Ettridge was able to run some 4-point combinations to provide more opportunities for the extended squad of 14 athletes.

Another powerful start from the Aussies kept the Netherlands from ever truly being in the contest in their third game, running out 64-56 winners after owning a 16-point advantage at quarter-time.

Norris drilled four three-pointers in that opening term, including connecting on a four-point play, to set the tempo before Brad Ness and Latham continued to pound the opposition in the paint.

“Norris and Ness were the difference in this game,” said Rollers team manager Leigh Gooding.

“With both players pretty much being rested from the big game versus Great Britain the night before, they were keen to have an immediate and lasting impact and both were great when it mattered to get Rollers a solid win.”

Matt McShane and Allison were also influential as they opened up the lanes at the offensive end while feeding their front court and coach Ettridge was again able to trial different line-ups to test his team in potential back-to-back game situations for Rio.

Game 4 saw the only hiccup for Australia as they were unable to contain the transition and efficient offence of the USA, falling 62-78.

After leading by three points at quarter-time, the Rollers were hit with a 15-26 third period that blew the game open for the Americans.

Captain Ness (nine points) and Knowles (13 points) were active but missed free-throws for the team and a -6 differential on the boards proved to be the difference.

“The game will serve as a little wake-up call for the Rollers squad and provide some important information about their key opponents for Rio while also indentifying some key areas of improvement,” said Gooding.

Australia was able to bounce back quickly from that defeat to overcome the 2012 Paralympic gold medallists Canada in their final game of the tournament with a 71-53 victory.

The Rollers did not lose a quarter as Knowles shot 50% from the field for 21 points, six rebounds and seven assists while Norris (12 points) and Latham (ten points) were also effective.

Ten players hit the scoreboard overall with their bench out-scoring Canada’s by 20.

At the culmination of the tour, Norris and Knowles were named in the Continental Clash All-Star five with the awards added to their already packed trophy cabinets.

Australia will now return home to play two curtain-raisers at Hisense Arena on Tuesday July 12 and Thursday July 14 in the Farewell Series for both them and the Boomers before the final team for September is chosen.