The Australian Rollers can now properly begin preparations for Rio 2016 with the announcement of the dates and times for their pool games. 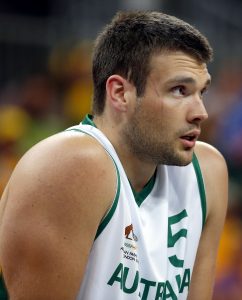 As announced by the International Wheelchair Basketball Federation (IWBF) this morning, the Rollers will begin their campaign against the Netherlands on September 9 at 6:30am (AEST).

They will back up less than 24 hours later against Turkey on September 10 at 1:15am.

Although Australia’s next two games are spread over two days, the time difference means they will face Canada, their opponents from the 2012 gold medal game in London at 4:15am on September 11 before playing Spain at 10:30pm that night.

The Rollers final game in the group stage will be against Japan on September 13 at 2:30am. The Quarter and Semi-Finals will then most likely be played early morning on September 15 and 16 respectively before the gold medal game for 2016 will be played at 6:30am on September 18.

Having named a squad last week, the Rollers will head into camp in Canberra on Monday to officially begin their road to Rio while the coaching staff can now begin to focus directly on their opponents.

The Australian Rollers schedule for Rio: