A nationwide search for the next generation of Paralympic athletes has officially begun, with the Australian Parlaympic Committee (APC) today launching its new initiative, Talent 4 Tokyo. 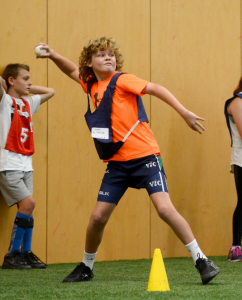 In collaboration with sporting partners, the APC will deliver Talent 4 Tokyo sessions in every state and territory in the coming months with the aim of finding new talent for Paralympic sport programs four years out from the Tokyo 2020 Paralympic Games.

Talent 4 Tokyo has been developed after the APC received funding from the Coca Cola Australia Foundation, and aims to support all impairment types and all Paralympic sports which Australia participates in at the Paralympic Games. This includes the two new Paralympic sports set to make their debut at Tokyo 2020; Para-badminton and Para-taekwondo.

“The APC’s past Paralympic talent search initiatives have had enormous success.

Talent 4 Talent is a progression from the APC’s innovative and highly successful Paralympic Talent Search program launched in 2005, which has since been replicated by rival nations around the world.

“More than a quarter of the London 2012 Paralympic Team was discovered through the APC’s work in talent identification, and we’re looking forward to seeing an increase this figure for the Rio campaign.

“We might be around the corner from the Rio Games, but now is the time for people with a disability to come forward ahead of the Tokyo 2020 Games.

“We’ll be working directly with individuals identified with talent to ensure they are linked with the sport or sports of our recommendation and provide extra support to ensure we are able to give the individual a kick start on their Paralympic journey.”

“The Coca Cola Australia Foundation is extremely proud to partner with the APC for the Talent 4 Tokyo program,” Hudson said.

“Giving young people with a disability access to moments of happiness and possibility that will enrich their lives is a role we are very proud to play.”

Individuals from 10 years of age are welcome to register and must have a verifiable physical, vision or intellectual impairment eligible to compete in Paralympic sport.

About the Coca-Cola Australia Foundation: