Optus to partner with the Australian Paralympic Committee 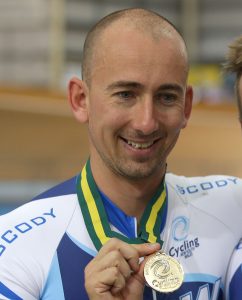 Optus’ relationship is further strengthened by the announcement of current Optus Business employee, World Champion, and Paralympic hopeful Matthew Formston as an official ambassador for the Relentless Improvement network campaign.

Formston, who is legally blind, competes as a Para-cyclist in both tandem road and track events. An Optus employee since 2002, Formston is a World and Australian title holder.

“Optus’ aim to become a mobile-led multimedia company is underpinned by its strong sporting and entertainment partnerships, and this is yet another fantastic addition for our customers in what is set to be a huge year of sporting action.

“We’re so proud to support Matt in his journey towards Rio and beyond, his achievements and determination are extraordinary and an inspiration to us all.”

The APC is currently preparing to send 170 athletes from every state and territory to the Rio 2016 Paralympics (September 7-18), to compete in 15 sports including the newly added Para-canoe and Para-triathlon events.

Lynne Anderson, Chief Executive Officer, Australian Paralympic Committee said, “ We are extremely honoured to have Optus join us on our road to the Rio 2016 Paralympic Games and beyond. We are especially proud to have such a positive affirmation of the increasing profile and importance of Paralympic sport with this long term partnership.”

“Both the APC and Australia’s Paralympic athletes are looking forward to working with such an innovative brand over the next ten years, to not only share our moments of gold, but to collaborate and relentlessly improve to become the best we can be and make our country proud.”

By Optus and APC Media