International Paralympic Committee (IPC) President Sir Philip Craven has said that with six months to go until the Rio 2016 Paralympics, the city is almost ready to stage an “unmissable Games” that will transform South America forever. 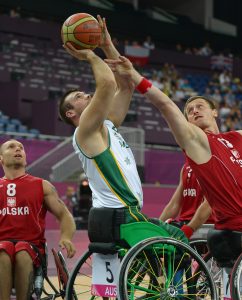 Speaking on Monday 7 March, to mark six months to go until the Opening Ceremony of Latin America’s first Paralympics in Rio’s iconic Maracana Stadium, the IPC President stressed the importance of the event building on the success of previous Games in order to continue the Paralympic Movement’s growth.

“It has been just over seven years since Rio was historically elected to host Latin America’s first Paralympic Games in Copenhagen, Denmark. A lot of hard work has been undertaken since that decision, but now Rio is almost ready to stage what will be an unmissable Games,” said Sir Philip.

“The Rio 2016 Paralympic Games will be a once-in-a-lifetime experience for all those who attend and a chance for the whole of South America to unite and celebrate a sporting festival that will transform the continent forever.

“We must build on this momentum with Rio 2016 and aim to set new records in terms of spectator attendance, TV audiences, athletic performance and social legacy,” he added.

Four years ago, London 2012 sold a record 2.76 million tickets and attracted a cumulative global TV audience of 3.8 billion people. He is optimistic that with affordable tickets prices and the host country targeting a top five finish in the medals table, the Brazilian public will turn out in force at the Games.

“With two million tickets for Rio 2016 costing just 10 reais, we are confident that the late buying Brazilian public will turn out in force and throw their full support behind the Brazilian team and the other 170 plus competing countries.

“In 2014, the Brazilian public suffered heartbreak when their national football side lost in the semi-finals of the FIFA World Cup but this September I think they will feel the opposite emotion. They will feel great pride and joy as Brazilian Paralympic athletes chase medals every single day.
4/6

“Even with six months to go, we know Rio 2016 will be the most widely broadcast Paralympics in history. More countries and territories than ever before have signed up to show the Games and we fully expect to reach a record cumulative TV audience of more than four billion people.”
Around 4,350 athletes from 170 countries will compete in 22 sports between 7-18 September.

British-born Sir Philip believes the growing interest in Paralympic sport is down to ever improving performances of the para-athletes which, in-turn, is also having a direct on the social impact of the Games.

“Many of the best athletes are now full-time and benefit from high performance training programmes on a par with their Olympic counterparts. This has resulted in an improvement in standards across all sports,” said the five-time Paralympian.

“Improved performances and greater media coverage have led the Paralympic Games to develop a strong track record for changing and challenging deep-rooted views in society regarding disability.

Today, the Paralympic Games are the world’s number one sporting event for driving social inclusion, a position we want to cement further in Rio.”
Expectations and growing excitement

Although a number of Brazilian athletes such as swimmer Daniel Dias, sprinter Terezinha Guilhermina and blind footballer Jefinho enjoy a strong profile, Sir Philip appreciates that for much of the Brazilian public Rio 2016 will be their first experience of Paralympic sport. He is confident they will like what they see come September.

“I can promise you a life-changing experience that will make you re-evaluate what you believe is humanly possible,” he said. “You will see sport like never before and witness some of the best athletic performances ever delivered,” said Sir Philip.

“Over the next six months the excitement for the Paralympic Games will continue to build. The Olympic Park which is 95 per cent ready will transition from construction site to a giant theme park for sport. The newly erected venues will transform from empty shells to wonderful theatres where sporting memories that will be cherished forever will be created.”

The Rio 2016 Paralympic Games will take place between 7-18 September.