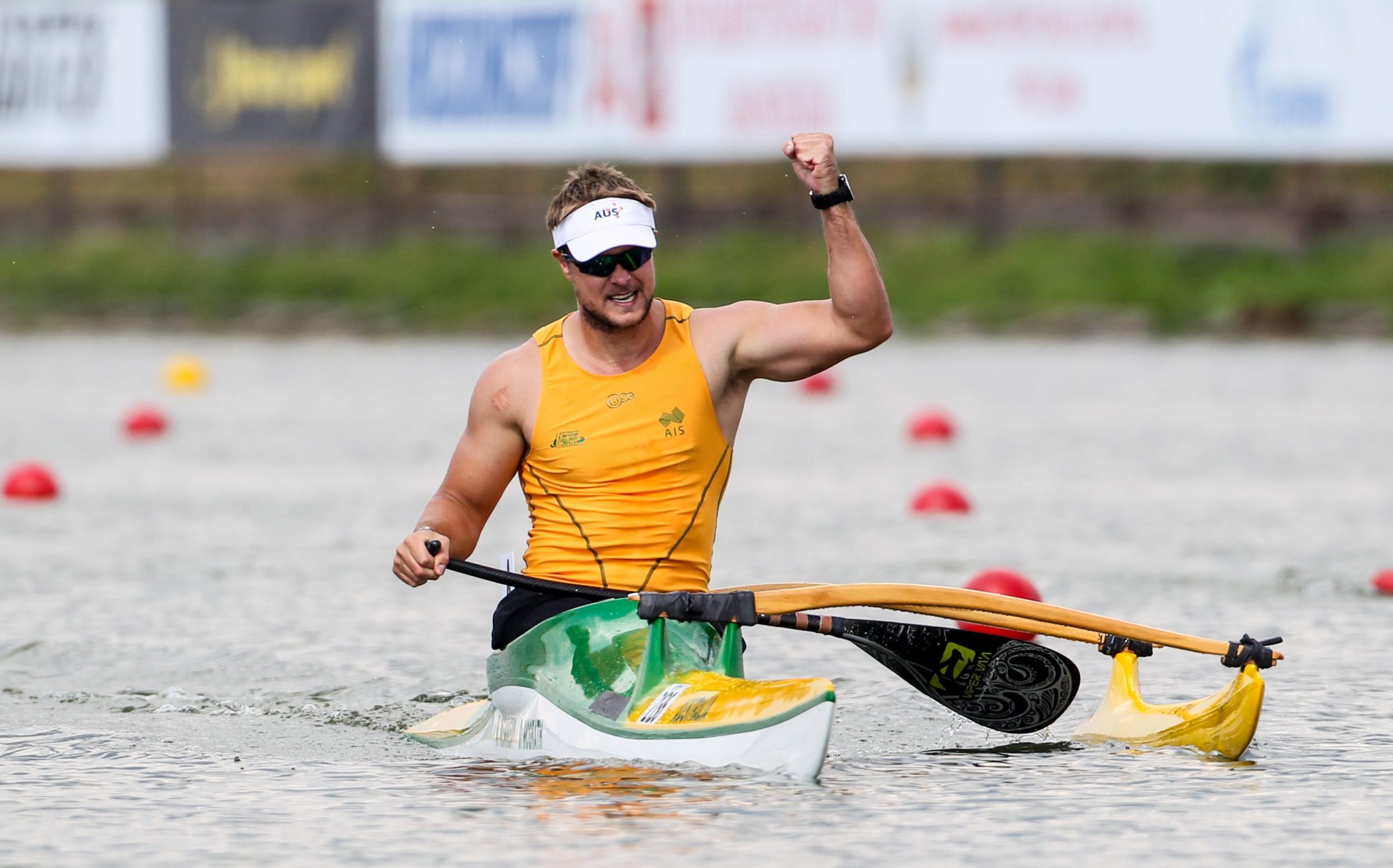 Curtis McGrath and Amanda Reynolds have moved a step closer to securing themselves a place on the Australian Paralympic Team after winning the first selection trial at the 2016 Oceania Canoe Sprint Championships in Adelaide, SA.

Reynolds demonstrated why she is the reigning women’s kayak KL3 world champion, with a dominant performance in the 200m multi-class final.

“It was a bit messy, but I got off the start really well, which was good, as that is something we have been working on,” Reynolds said.

Reynolds felt it was a far from the perfect performance and said she has plenty to work on ahead of the second selection trial at the National Sprint Championships in Perth, WA, starting 2 March.

“I have a new boat, so it is just about getting used to the boat again, and building up strength and working hard to make sure that we are priming at Nationals, and then off to Rio [for the 2016 Paralympic Games] in September.”

McGrath also believes he has plenty of improvement left in him, after he finished second in the men’s kayak multi-class final to take out the KL2 Oceania title.

McGrath finished 1.24 seconds behind Avoca kayaker Dylan Littlehales, who won in 43.01 to take out KL3 class. Colin Seiders won the KL1 class in 57.63.

“I think we have two different peaks,” McGrath said. “We have Nationals peak, where we do not have as much competition as we have over in Europe at Worlds, so I think there is definitely another level to be had going into Duisburg [Germany, for the 2016 World Championships], and again for the Games.”

Earlier, the Varsity Lakes paddler took out the men’s va’a 200m title, and the extra race meant he did not produce the time he was after in the kayak.

“It has been a big morning for me, so that is probably one of the worst races I have done, with a bit of race fatigue, but it is good to get the starts in,” McGrath said.

“I think we are halfway through the domestic season, and it’s a long year, so I think at this stage we are at a good level, and it’s good to be pushed by Dylan at this stage, so it’s been good.”

Littlehales, too, has enjoyed being challenged by McGrath, despite racing in different classes.

“I have been chasing him for a while now, and it is always good racing against him, because in my class I am almost uncontested sometimes, because I win by a few seconds. But having Curt half a second in front, it helps drive me in the last 100m,” Littlehales said.

Since the conclusion of last year’s World Championships, Littlehales has been working on his starts, fitness and technique, and will continue to do so over the coming months as he aims to close in on the qualifying time needed to secure a place at the Paralympics.

“The current qualifying place for 10th spot is about 42.50, so I need to get under that in Germany to get the Paralympic quota, but I think I am on track,” he said.