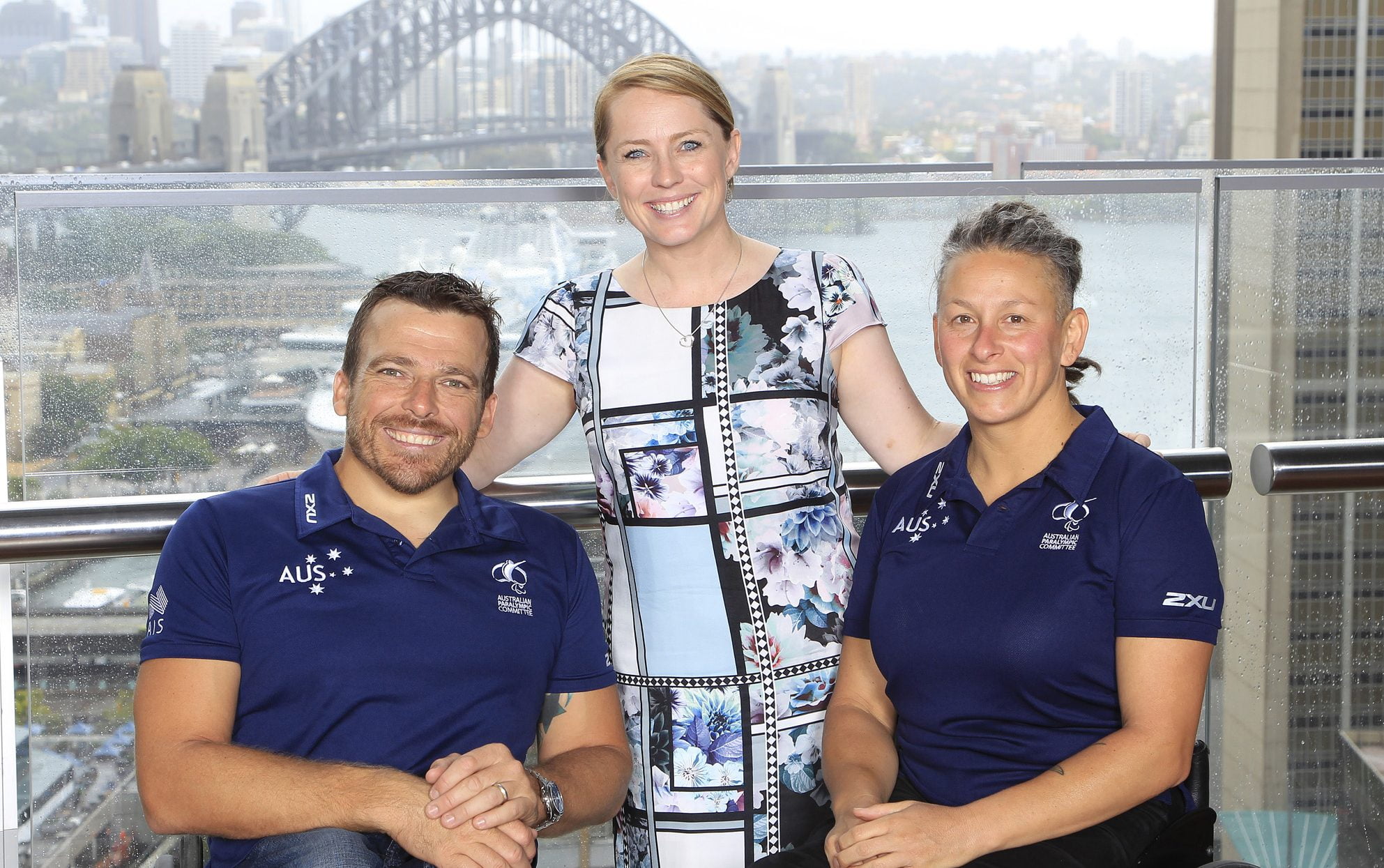 With a wealth of Paralympic experience behind them, wheelchair tennis and Para-table tennis player Di Toro and wheelchair racer Fearnley will lead the Team and work with McLoughlin in the eight months leading up to the Rio 2016 Paralympic Games to create a clear vision and to give voice to each athlete, regardless of their sport, geographical location or impairment.

The Australian Paralympic Team has not had captains since the Athens 2004 Paralympic Games. McLoughlin said the reintroduction of athlete leaders was to help strengthen a team unit which consists of 15 different sports.

“Australia has a proud history of success at the Paralympic Games and has competed at every Games since the first in Rome in 1960, but leading into what will be the most competitive Games in history, it is important that we create a culture that supports success with a strong team spirit,” said McLoughlin.

“It is without question that Kurt and Daniela’s extensive experience and natural leadership skills will not only help in developing a vision for the Team, but in creating a legacy for future Paralympic Teams.

“Together, they will be the bridge between the individual greatness of our athletes and their connection to the wider Australian Team. And as leaders, I have immense confidence in both Daniela and Kurt to build a strong sense of identity among the Team as we all strive for a common goal.

“I am delighted to appoint Daniela and Kurt to this prestigious role, and I know they will provide so much value to their teammates by drawing upon their own experiences, sharing the highs and lows of their journeys, and building the values and foundations of our Team well before the Games, so that when the Team arrives in Rio, athletes can focus on what they need to do to succeed, knowing there is a support network behind them,” she said.

“I am profoundly honoured and proud to be named as co-captain of the 2016 Australian Paralympic Team along with my good friend and Paralympic buddy, Kurt Fearnley,” said Di Toro. “As a co-captain, I am excited about the opportunity to bring all our athletes together to create a sense of community amongst our Paralympic family in the lead-up to what will be the most televised Paralympic Games in history.

“It really is an exciting time for all of our Paralympic athletes who have worked tirelessly over the last four years to showcase their skill and determination, and I hope the Australian public gets behind this talented group of individuals as they reach for individual and collective greatness.”

Fearnley, too, has an extensive list of accolades, including three gold, six silver and two bronze medals from the Paralympic Games, four World Championship titles, two Commonwealth Games medals, and multiple titles from the New York, London, Chicago and Sydney Marathons. Fearnley is also widely known for crawling the Kokoda Track in 2009.

“It’s incredibly exciting to be named captain along with one of my favourite people in the world, Daniela Di Toro,” said Fearnley. “To be part of creating an open, understanding and caring environment in what can be one of the most highly stressful times of any athlete’s life is a huge honour, and I’m very proud to have been selected.”

The Paralympic Games will commence on 7 September.