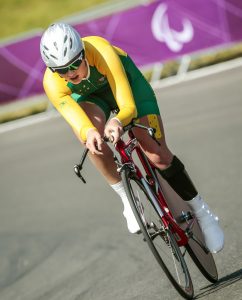 In the women’s events Paralympic and three time reigning world champion Carol Cooke took the win in the T2 category. In the C4 it was an Australian 1-2 with Paralympic Champion on the track Sue Powell winning ahead of teammate Alexandra Green. While Bianca Woolford emerged on top in the T1.