Funding for Paralympians heading to Rio

Paralympic athletes are $150,000 closer to getting to the Rio 2016 Paralympic Games thanks to funding from the State Government.

Sport and Recreation Minister Mia Davies said the event from September 7-18, 2016 would see more than 4,350 athletes from 178 nations participating in 528 medal events across 22 sports. 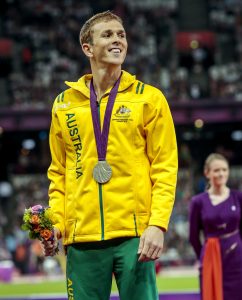 “The Australian Paralympic Team is an important sporting team on the national landscape and they help shape community attitudes towards disability,” Ms Davies said.

“These athletes are great role models to encourage West Australians with disability to participate in sport and are wonderful ambassadors for the power of sport,” the Minister said.

The Australian Paralympic Committee has received funding from the Department of Sport and Recreation to put towards their team appeal.

Australia has competed at every Paralympic Games and finished in the top five at every summer competition since Barcelona in 1992.

“The Paralympics and Olympics also encourage many young people at grassroots level to try a sport or continue to pursue their dreams towards high performance and this has such a positive impact on creating active communities,” Ms Davies said.

The Department of Sport and Recreation is an active supporter of inclusion in sport and active recreation through programs such as the Community Participation Fund and annual funding for groups such as Wheelchair Sports.