A string of wins for boccia’s Michel 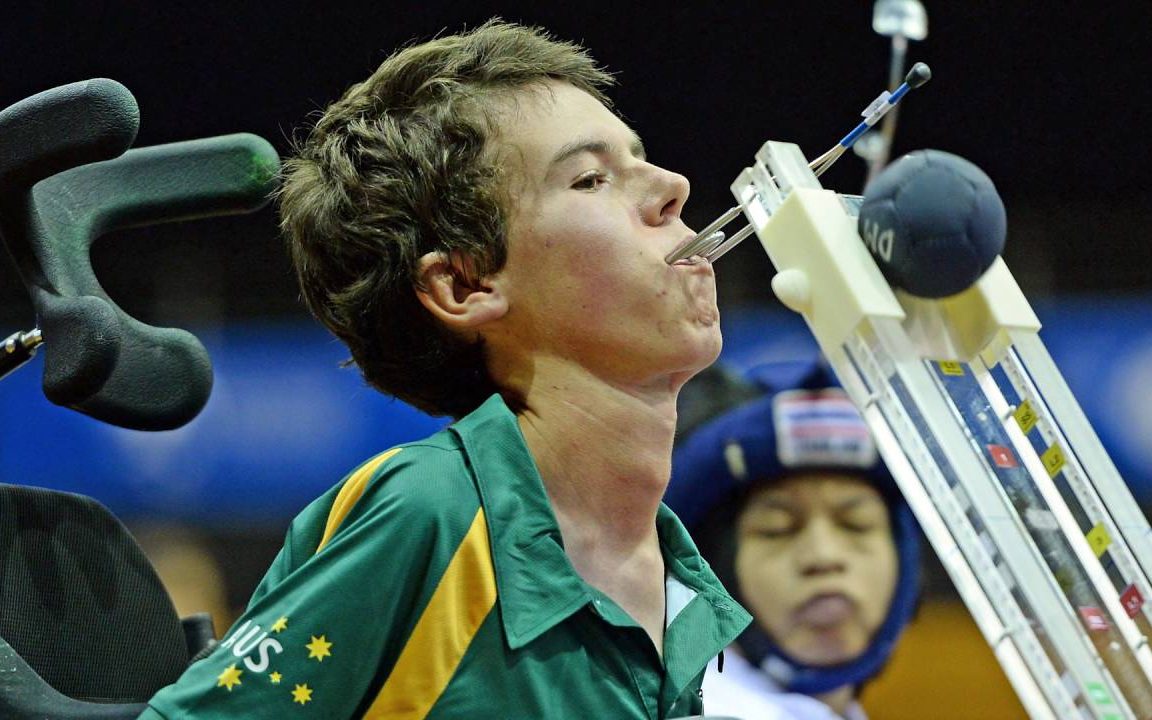 Australian boccia athlete Daniel Michel has earned his place in the individual BC3 round of 16 at the 2015 BISFed Boccia World Open in Santiago de Cali, Colombia, after defeating Venezuelan Jesus Sanchez.

Dominating each of the four ends, Michel defeated Sanchez, 15-0, leaving Sanchez with nowhere to hide the jack from his pinpoint drawing shots.

“A solid opening game, I played pretty well, and it has given me confidence for the rest of the tournament. I knew I had to put some points on the board to progress through to the next round,” he said.

In his second game of the day, Michel played against the fast rising Russian star Maxim Vasilyev. Michel shot out to an early two-point lead, but Vasilyev slowly pegged him back to win, 2-3.

Unable to win either of his jack ends, Michel said:

“I struggled to get the run of the court, but credit to him for coming back from the first end.

“It wasn’t my best but it has prepared me well for tomorrow.”

Michel will be pushing hard tomorrow to defeat Spain’s Wafid Boucherit and earn a place in the semi-finals.

The success of Michel at this tournament will dictate whether he is invited to next year’s BISFed Boccia World Individual Championships, a key qualifying tournament for the Rio 2016 Paralympic Games.

“Making the top four will be a huge step towards the dream that drives Daniel,” said Australian head coach Peter King.

In other results from the day, Cally Simpson defeated France’s Charlotte Corciamont despite competing in a borrowed wheelchair after hers broke during the warm-up, and Tait Jenkins won a thrilling tiebreaker against Japan’s Keita Kato. Neither athlete progressed to the next round.