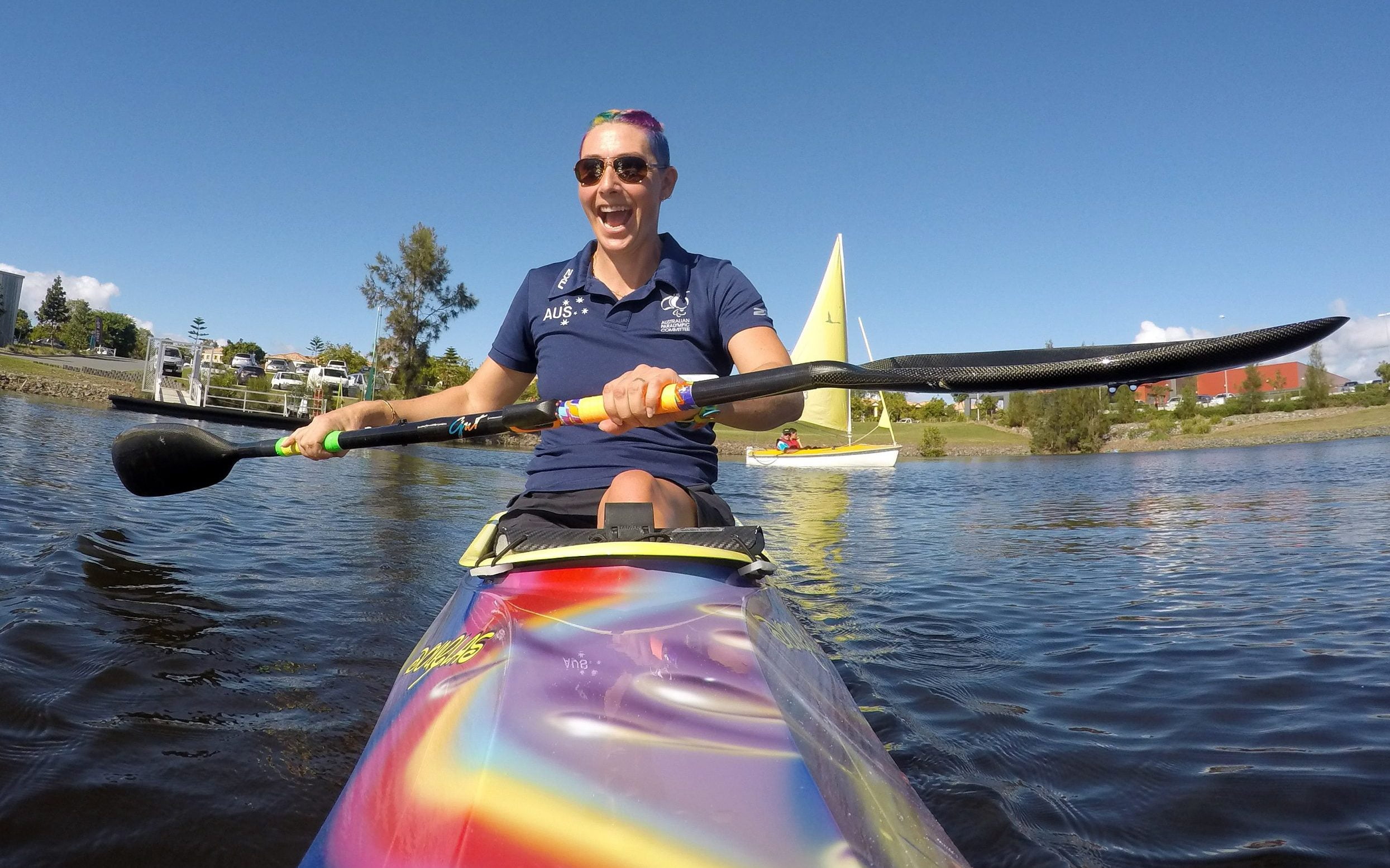 Two years ago, Amanda Reynolds was invited by a friend to participate in the Murray Marathon.

Today (13 August), she is living the dream, and on track to compete at the Rio 2016 Paralympic Games where Para-canoe will feature for the first time.

“Definitely it [the thought of competing in Rio] is there,” Reynolds said. “Every month, you get that little bit closer, and it’s getting around closer again, and it’s coming closer.”

But for now, her focus is on producing another strong performance at this month’s World Championships in Milan, Italy, where she is hoping to improve on her bronze medal performance from last year.

“I would love to. I think the pieces of the puzzle are starting to click in, and my technique is getting a lot better – and the boat control, so it would be awesome to get up further, but our goal is to get through to the final, keep pushing, and aim for the top.”

Since featuring on the podium in Moscow, the Sherbrooke Knox Canoe Club paddler has been happy with her progression.

“I’m really stoked with the progress I’ve made over the past year, but we still have a lot to work to do, and being at the ETC [the Australian Institute of Sport’s European Training Centre in Gavirate, Italy] is giving me the opportunity to fine- tune and keep improving,” Reynolds said.

Since arriving in Gavirate, Reynolds has acclimatised to the warm conditions, exchanging a chilly Melbourne winter for mid-30 degree temperatures in Italy.

“The facilities here are awesome, and now that I’m settled into the routine, I’m feeling a lot stronger and have more confidence in the kayak.”

The 43-year-old, who hails from Macclesfield in regional Victoria, is also enjoying the larger Australian contingent in action this year.

“It is awesome, and everybody get on so well. It is really good because you have got more people to bounce off – there is so many different personalities as well, so it is always a laugh.”

From now until the start of racing on Wednesday, the goal is pretty simple.

“My plan of attack now is to keep focussed with the training program, stay healthy and live the dream,” Reynolds said.