‘Have bike, will travel’ in tandem for Katie Kelly and Michellie Jones 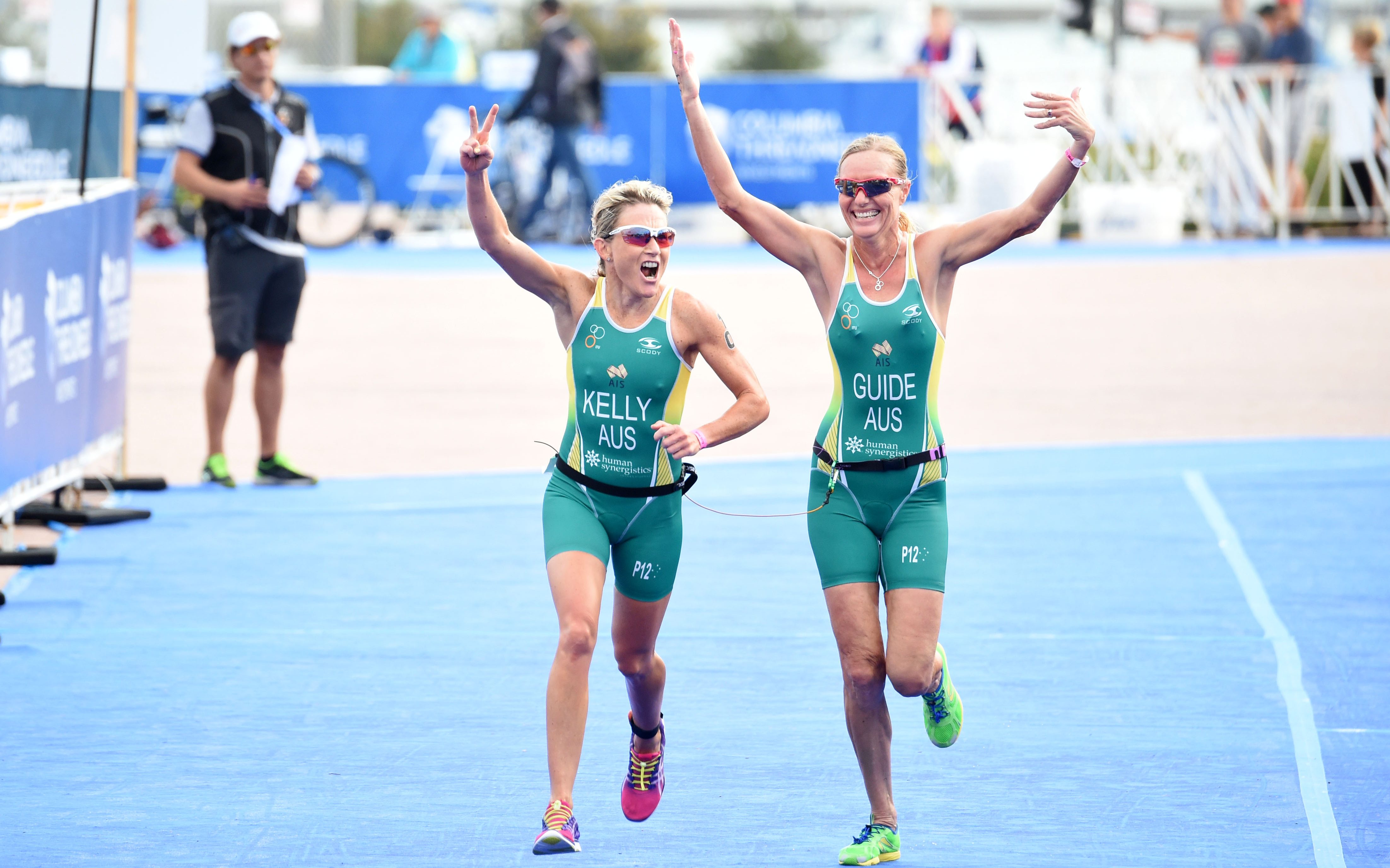 Australia’s budding Para-triathlon star Katie Kelly will add a further twist to the saying, ‘Have bike, will travel’, when she lines up in tomorrow’s (18 July) International Triathlon Union (ITU) World Para-triathlon Event (WPE) in Iseo and Franciacorta, Italy.

Canberra-based Kelly, who is legally blind due to Usher syndrome, has embarked on a journey that she hopes will take her all the way to the Rio 2016 Paralympic Games, where the sport will make its Paralympic debut.

Victory in Italy will see her world ranking jump from 12 to 10, and guarantee her a start at this year’s ITU World Triathlon Grand Final in Chicago, USA.

And it means a flying visit to Italy where she will rendezvous with her guide, 2000 Olympic silver medallist and two-time ITU World Champion and Hawaiian Ironman world champion Michellie Jones – and their new tandem bike, which Jones will bring with her from California, USA.

Kelly used online crowd funding to raise the $20,000 needed to buy the bike, and she managed it in less than a month, which Triathlon Australia’s Para-triathlon Program Manager Kathryn Perriac said, “is a testament to her profile and the strength of her support around the country and the world.”

“It’s an American bike, which is why Michellie will bring it in from the US to Italy, where the Australian Para-triathlon team mechanic Micko Brice will meet up with girls to build it,” said Perriac.

“Michellie’s sponsors have added all sorts of bits too, to make it utterly awesome.”

As of now, Kelly’s main opposition will be from the athletes who finished second and fourth at the European Championships in Geneva, Switzerland, last weekend, Joleen Hakker from the Netherlands and Susana Rodrigues from Spain.