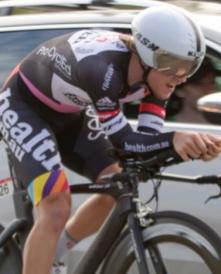 Donohoe covered the two laps of the 14km course in 34mins 41.63secs, to win by 16 seconds over Daniel Abraham (NED), with Wolfgang Eibeck (AUT) a further 30 seconds back.

Kyle Bridgwood (QLD) was fifth just over one minute behind Donohoe.

The result continues great preparation for Donohoe who is part of the 13-member Australian Para-cycling team that will contest the UCI Para-cycling Road World Championships in Nottwil, Switzerland, 29 July – 2 August 2015.

Prior to the World Championships, the Australian team will contest the third UCI Para-cycling World Cup round to be held in Germany.