Age not slowing Kosmala down 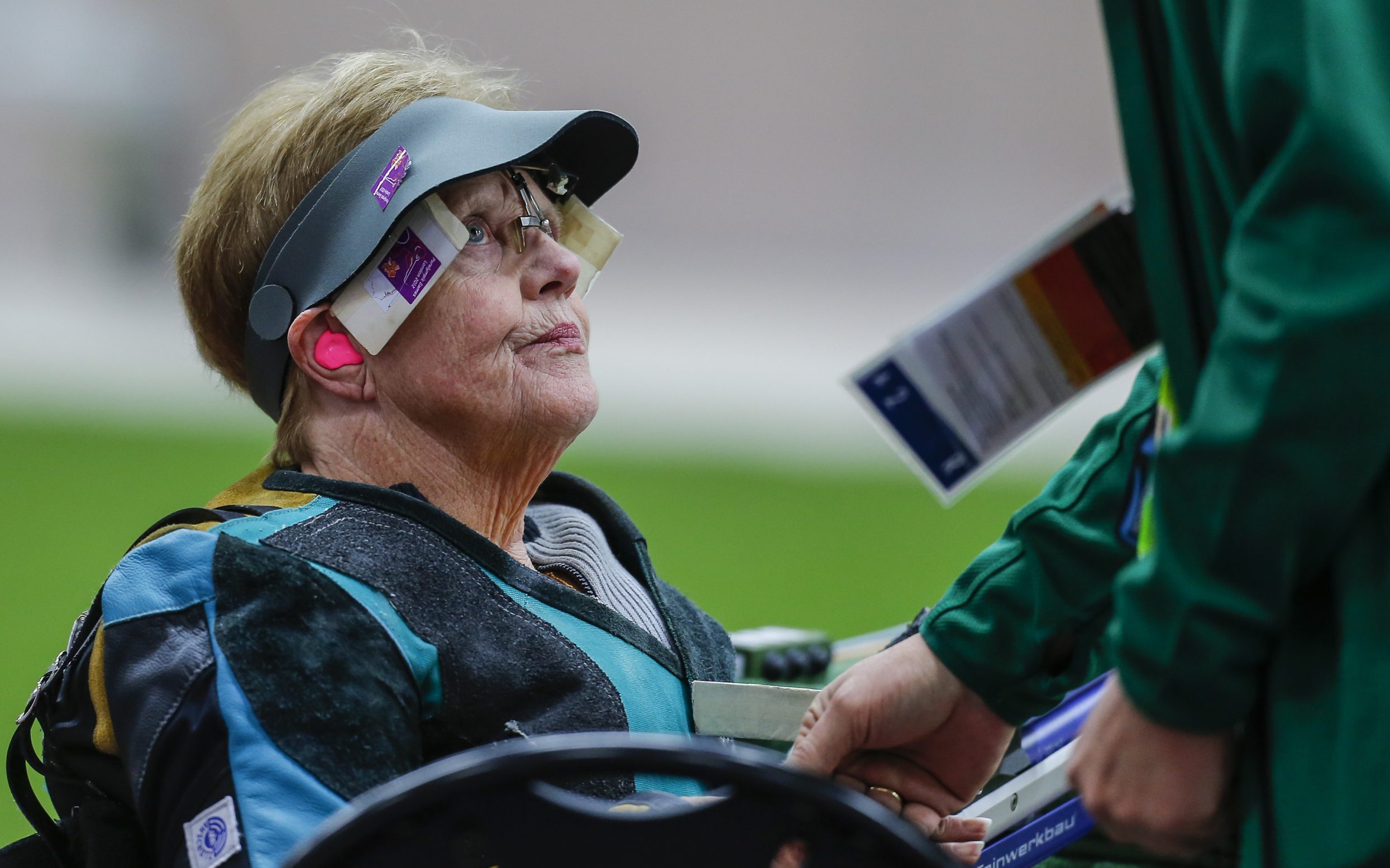 Libby Kosmala is 72 years old. She knows her age will draw attention come the Rio 2016 Paralympic Games. But that does not bother her.

“I accept it,” Kosmala said. “I think I am very lucky to be able to keep shooting very well. And I do have good health.”

The Australian shooter is aiming for her 12th Paralympic appearance. She initially tabbed the 2012 Games as her last Paralympics, but soon returned to the local shooting ranges in South Australia.

Eventually, the grandmother-of-two received a call from Miro Sipek, Head Coach of the Australian Para-shooting team.

“He said, ‘You are shooting well. Would you like to join the international scene again?'” Kosmala recalled. “I said, ‘Yes, I would, I would.’

“I am right back into it and thoroughly enjoying it.”

Kosmala did take a nine-month break after the London 2012 Paralympic Games to take care of her grandsons, which she says was a “great joy”.

Then, after Sipek invited her back, she picked up her rifle and travelled to her first international competition in March 2014 – in Stoke Mandeville, England, for a World Cup event.

“A lot of people cannot believe that a woman in her 70s can still be competing in international Olympic or Paralympic Games,” Kosmala said. “But rifle shooting is a sport where if you are still able to hold the rifle without any tremor, and you can still see well, you can still shoot very well.

“It is a sport that you can keep doing longer than a lot of other sports. There is not a lot of physical strain on your body, as wheelchair basketball is, or track and field are – those are real physical sports.”

Kosmala is gearing up for the International Paralympic Committee Shooting World Cup in Osijek, Croatia, in July, where National Paralympic Committees can obtain direct qualification slots for Rio. Currently, Kosmala is in a three-way tie for second in the world rankings in the women’s 10m air rifle standing R2 SH1. She also competes in the mixed 10m air rifle prone R3 SH1.

Kosmala has not won a Paralympic medal since 1988. But she was close in 2008, when she came in fourth in the women’s 10m air rifle standing SH1.

And there is still a long way to go before she can secure her spot at the 2016 Games. But having competed at every Paralympics since 1972, the veteran knows what to expect.