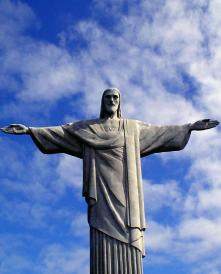 Rio de Janeiro’s iconic Copacabana beach will host International Paralympic Day on 7 September 2015 as part of a series of events to celebrate one year to go until the Rio 2016 Paralympic Games and to launch the start of ticket sales.

The announcement was made following the conclusion of the seventh International Paralympic Committee (IPC) Project Review which took place in Rio between 5-6 May.

At the Project Review it was also revealed that more than 3 million tickets will be made available for next year’s Paralympic Games, with Rio 2016 aiming to surpass the record 2.8 million tickets sold for the London 2012 Paralympics.

Xavier Gonzalez, the IPC’s Chief Executive Officer, said: “With less than 500 days to go to South America’s first Paralympic Games, this Project Review focussed heavily on how the organising committee, its partners and the IPC can engage the Rio and Brazilian public ahead of the launch of ticket sales on 7 September.

“Rio 2016 is aiming to sell the most tickets ever for a Paralympic Games and it is important that sales get off to a good start which I think can be achieved through International Paralympic Day.

“The event will take place three weeks after the Toronto 2015 Parapan American Games and will give the Brazilian public an opportunity to meet not just their medal winning heroes but also a number of the world’s best para-athletes.”

Andrew Parsons, Chairman of the Rio 2016 Paralympic Integration Committee and IPC Vice President, said: “Many world records will be set by athletes during the Rio 2016 Paralympic Games, but the first one we hope will be broken by the public. The Brazilian people will play a major role in breaking the record for Paralympic Games ticket sales, but we are also counting on international fans to achieve this fantastic target.”

International Paralympic Day was first held in Bonn, Germany, in 2003 and the first four editions all took place in Germany.  It was staged for the first time outside of the IPC’s home country in September 2011 when London 2012 staged the event in the British capital to launch ticket sales for the Paralympic Games.

More than 25,000 people attended the event in Trafalgar Square which featured a number of demonstrations and challenges involving Paralympic sports and leading international athletes.

The highlight of the day-long event was a wheelchair tennis doubles match featuring British Prime Minster David Cameron and London Mayor Boris Johnson which was front page news, not just in Great Britain, but around the world.

Full details about this September’s event will be revealed in the coming weeks whilst ticket prices for the Rio 2016 Paralympic Games will be announced on 14 May.

Other subjects covered during this week’s Project Review included updates on workforce, accommodation, finance, sport, broadcasting, commercial and marketing and communications.
The Federal, State and City Governments also gave presentations to inform the IPC on the latest developments in accessibility in terms of transport, transport hubs and venues.

Xavier Gonzalez added: “Overall it was a very positive meeting with the Rio 2016 Organising Committee who continue to show great enthusiasm for delivering a hugely successful Paralympic Games next year. Plans which have been years in the making are now coming to fruition and we are confident that Rio will build on the success of London 2012.”

The Rio 2016 Paralympic Games will take place between 7-18 September.  Around 4,350 athletes from more than 170 countries will compete in 22 sports.