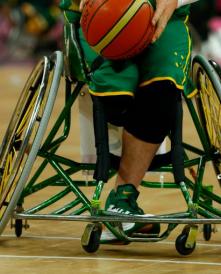 First played in Bunbury, Western Australia in 2014 to honour the Stolen Generations and the former Roelands Native Mission now represented by Woolkabunning Kiaka Inc, the Woolkabunning Kiaka Cup is played as a round in the National Wheelchair Basketball League.

Presenting the Cup will be former Carlton Blues players Syd Jackson and Darryl Kickett, who will also support the Red Dust Heelers as they continue their mission to raise awareness about disability in Aboriginal and Torres Strait Islander communities around Australia.

Having grown up on the former Roelands Mission, now Roelands Village outside of Bunbury, Syd Jackson will represent the Stolen Generation who lived on the Mission. Today the former Mission opens its doors to all for healing, friendship building and the encouragement of education and employment for all, including ‘at risk’ youth and those with a disability