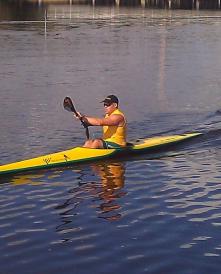 Australian Canoeing has added additional athletes to the Paracanoe World Championship team following a third selection event held at Varsity on the weekend.

Following the ICF’s announcement of additional NSO quota’s at the World Championships, AC re-opened nominations for Para athletes to trial for the newly announced quotas.

In addition to the team selected following the National Championships in March, the following new athletes have now been named to the Australian squad:

All new selections are subject to meeting the new ICF classification standards.