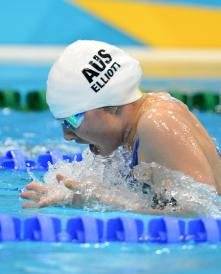 To maximise international Paralympic competition opportunities and leading into the Rio Paralympic Games in 2016, Swimming Australia will send a group of 16 swimmers to compete at the Berlin Open in April 2015.

The Berlin Open will provide beneficial race practice against strong competition  ahead of the 2015 IPC World Championships in Glasgow.

Paralympic Performance Manager Adam Pine said creating opportunities for our team to challenge themselves ahead of the Rio Olympic Games was a vital step in the push to become the number one Para swimming nation.

“The chance to race quality international competition in Europe in April and practise time zone changes ahead of the World Championships in the UK this July will be an invaluable experience for our top swimmers.

“In May 2013 we sent ten Para swimmers to the Berlin Open, and found it to be a very strong international event with quality performances and I’m pleased to increase the number of athletes and provide more racing exposure in 2015,” Pine said.

The team will depart Sydney for Berlin on 12 April 2015 following the conclusion of the 2015 Australian Swimming Championships.