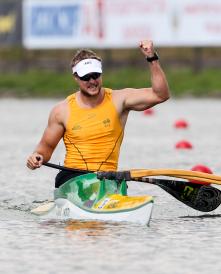 The Queensland Canoe Sprint Championships were held on the weekend at Lake Kawana with more than 100 athletes in action.

2014 Australian Para-canoe representatives Curtis McGrath, Amanda Reynolds and Susan Seipel got their seasons underway with some promising performances ahead of the selection races in the coming months.

McGrath demonstrated why he is the current TA V1 200 world champion winning his pet event in 50.39.

Susanne Seipel was the standout Para-canoe performer of the weekend though winning five gold medals.