IPC Athletics lists three Australians as ones to watch in 2015 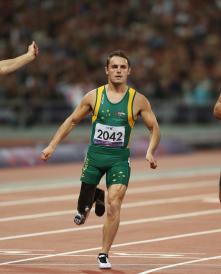 To mark nine months to go until the 2015 IPC Athletics World Championships in Doha, Qatar, IPC Athletics has released its Ones to Watch list for the forthcoming season, which includes three of Australia’s best.

Between them the 45 athletes from 19 different nationalities have won 69 Paralympic gold medals, 124 world titles and currently hold 64 world records.

Australians included in the list are Paralympic gold medallist Evan O’Hanlon (T38), Scott Reardon (T42) and Rheed McCracken (T34) who has made the list for the very first time.

Featured on the list are also a number of athletes involved in great rivalries who are likely to lock horns throughout the season. They include: