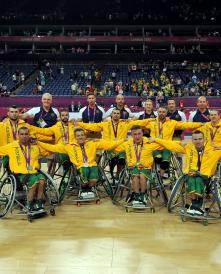 The Australian Institute of Sport (AIS) today named finalists for the inaugural AIS Sports Performance Awards (ASPAs) with the winners announced at an awards ceremony and cocktail function at the Melbourne Museum on February 11 2015.

“The old AIS Awards have been won by some great athletes but the timing is right to expand the pool of talent eligible to win some of the country’s most prestigious sports awards,” he said.

“The new ASPAs capture the flavour of what the AIS is now all about and the awards align with Australia’s Winning Edge plan which involves supporting more sports than ever before.

“We asked national sporting organisations (NSOs) to nominate athletes, coaches and leaders as well as community clubs and volunteers to ensure we are recognising all levels in Australian sport.

“It is very important that we publicly acknowledge the hard work and achievements of   people involved in Australian performance sport.

“As always it was a difficult choice to come up with the finalists in each category and I congratulate everyone who made it through.

“There are a further two categories –  Sport Performance of the Year and Sport Personality of the Year – which are people’s choice awards and I hope as many Australians as possible cast their votes in these two categories when the finalists are announced and voting opens in early January.”

To cast your vote go to the ausport.gov.au home page from 2 January.