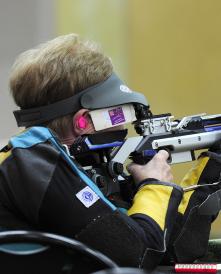 Three IPC Shooting World Cups in France, Australia and the USA will give athletes the chance to secure a ticket to the Rio 2016 Paralympic Games.

IPC Shooting announced on Tuesday, 11 November that three World Cups in France, Australia and the USA will be qualifiers for the Rio 2016 Paralympic Games.

From 10-14 July, Volmerange-Les-Mines, France, will play host to the first qualifier, before shooters have the chance to secure coveted Games slots in Sydney, Australia, between 15-19 September.

The last opportunity in 2015 will be in Fort Benning, USA, from 3-7 November.

The sport also confirmed the rest of its 2015 calendar, which includes four IPC Shooting World Cups between February and May.

Sarah Bond, IPC Shooting Sport Manager, said “We hope that the locations of the qualification opportunities for Rio 2016, in Europe, the Americas and Oceania, should give athletes from around the world the chance to secure their place at the Paralympic Games.

“The calendar sets out the next steps on the road to Rio 2016, which began at the 2014 World Championships with 63 athletes obtaining the first quota places for the Games.

“It will be a particularly exciting season as this is the first Paralympic Games under the new qualification system where 95 per cent of the quota is given out as direct slots.”

The season will kick off on 19 February with a World Cup by new hosts in Stjoerdal, Norway.

Athletes will then return to the spiritual home of the Paralympic Movement, Stoke Mandeville, Great Britain, from 30 March – 1 April, as they have routinely done in recent years.

Similarly Szczecin, Poland, remains a firm fixture on the calendar between 18-21 April alongside Antalya, Turkey, from 12-15 May.

The International Shooting Competition of Hannover will be also approved once again between 28 April-3 May.

The final rankings for 2014, after the IPC Shooting World Championships in Suhl, Germany, and four World Cups, can be found here.

Continuing their partnership with IPC Shooting into 2015 will be official target and results system provider SIUS.