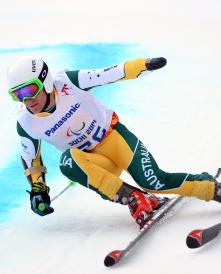 IPC Alpine Skiing has announced the 2014-15 season calendar, which features eight World and Europa Cups around the world, ahead of the 2015 IPC Alpine Skiing World Championships in Panorama, Canada.

The full competition calendar can be found at IPC Alpine Skiing’s new-look website launched to coincide with the start of the new season.

The Cup season, which follows on from the most successful Paralympic Winter Games in Sochi, Russia, is set to begin from 15-16 December with a Europa Cup in Pitztal, Austria.

The first World Cup will then take place in La Molina, Spain, from 8-11 January with giant slalom and slalom races. This will be followed by editions in Tignes, France, before the World Cup Finals take place in St Moritz, Switzerland, from 2-5 February.

In total there will be four Europa Cups in Pitztal, and the resorts of Kuhtai and Matrei also in Austria with the final event taking place in Tarvisio, Italy, from 22-24 February ahead of the World Championships.

The men’s World Cup saw a close match between world champions Russian Alexy Bugaev and Austria’s Markus Salcher throughout the season. Bugaev went on to win the overall men’s standing World Cup crown as well as double gold in slalom and super-combined in Sochi, matched by Salcher in the super-G and downhill.

In the men’s sitting World Cup, the USA’s Tyler Walker, Austrian Roman Rabl and Japan’s Taiki Morii made up the top three with Rabl and Morii going onto medal at Sochi.

Winners of the overall Europa Cups for each classification last season included Rabl, Salcher, Schaffelhuber, and Great Britain’s Jade Etherington, who announced her retirement on 5 November.

The 2014-15 season will also feature a series of lower-level IPCAS competitions in the Netherlands, Switzerland, France, Sweden, Canada, Austria and America and the first ever IPC Alpine Skiing competition in Serbia. The Japanese resort of Nagano Hakuba will host an Asian Cup, whilst the season will start and finish with youth development races in the Netherlands and Spain.

The 2015 IPC Alpine Skiing World Championships will take place in Panorama from 1-10 March and will feature around 230 athletes from 30 countries for the biggest gathering of skiers since Sochi 2014.