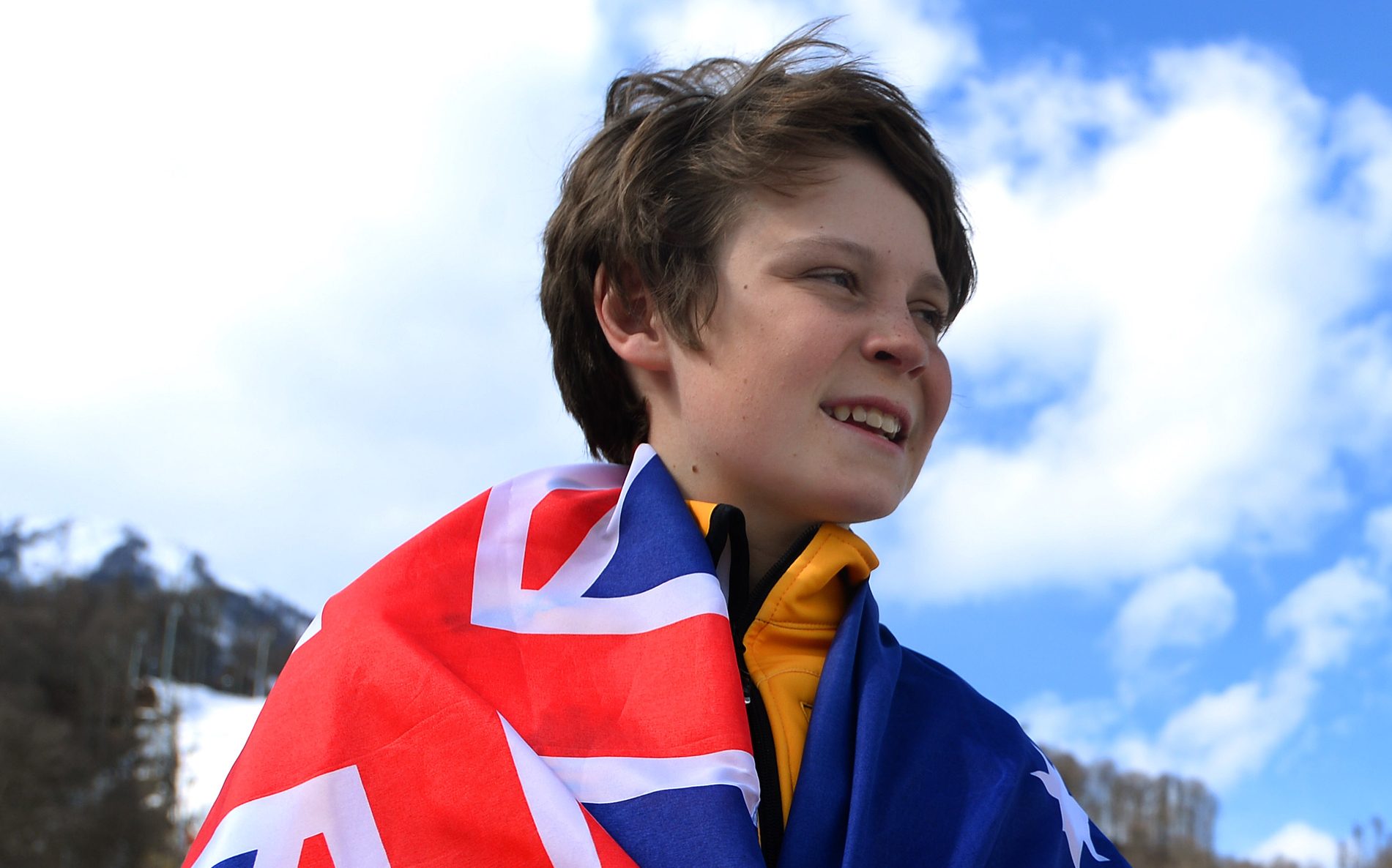 Sydney snowboarder Ben Tudhope will become Australia’s youngest flag-bearer for a Paralympic Winter or Paralympic Games when he leads the Australian Paralympic Team out in tonight’s (16 March) Closing Ceremony.

“I thought my Games were over,’” said Tudhope. “I can’t believe they asked me.”

The 14-year-old registered a top-10 finish from a field of 33 athletes – most of whom are in their 20s, 30s and early 40s – in the snowboard cross on the slopes of the Rosa Khutor Alpine Centre in Sochi, Russia. It was the first time that snowboard had been raced on the Paralympic program, and the International Paralympic Committee is looking to extend the program for the PyeongChang 2018 Paralympic Winter Games.

After Tudhope’s clear and controlled riding over three races, he spent the next two hours speaking to international television, radio and print journalists, as well as the domestic rightsholder in Australia, ABC TV.

But Chef de Mission Chriss Nunn said Tudhope had been chosen for other reasons, beyond his talents for snowboarding.

“It was pretty simple to choose him,” Nunn said. “What he’s done for the Team off-field when we were struggling, the joy and happiness he brings, has been incredible.

“It is such a privilege to have him part of this Team. I can tell you, if every family in Australia had a Ben Tudhope, we’d be a better country.”

Tudhope’s parents, Melissa and Andrew, and one of his sisters, Phoebe, will be seated in Fisht Stadium to witness the historic moment.

Since Tudhope does not turn 15 until December, he was the youngest competitor from the 550 in Sochi from 45 countries. The second youngest was Great Britain’s Millie Knight, 15, a vision-impaired Para-alpine skier who carried the Union Jack in the Opening Ceremony on 7 March.

“It’s amazing. This whole experience – the atmosphere in the [Athlete] Village, getting a top-10 in the snowboard cross – and now this,” Tudhope said.

He marched behind four-time Paralympian Cameron Rahles-Rahbula at the Opening Ceremony, and still can’t quite believe the Australian Paralympic Committee has selected him to carry the Southern Cross after only one Games.

“I saw how excited Cam was, and now I get to feel that,” he said. “And when I think of Michael [Milton] and Toby [Kane], who have carried the flag, and they’re with me here to watch me do it, it’s amazing.’”

It will certainly be a unique show-and-tell when he returns to the Shore School.

“All my friends have been so supportive of me. I have a million messages on Facebook. It will be great to see them all again.”