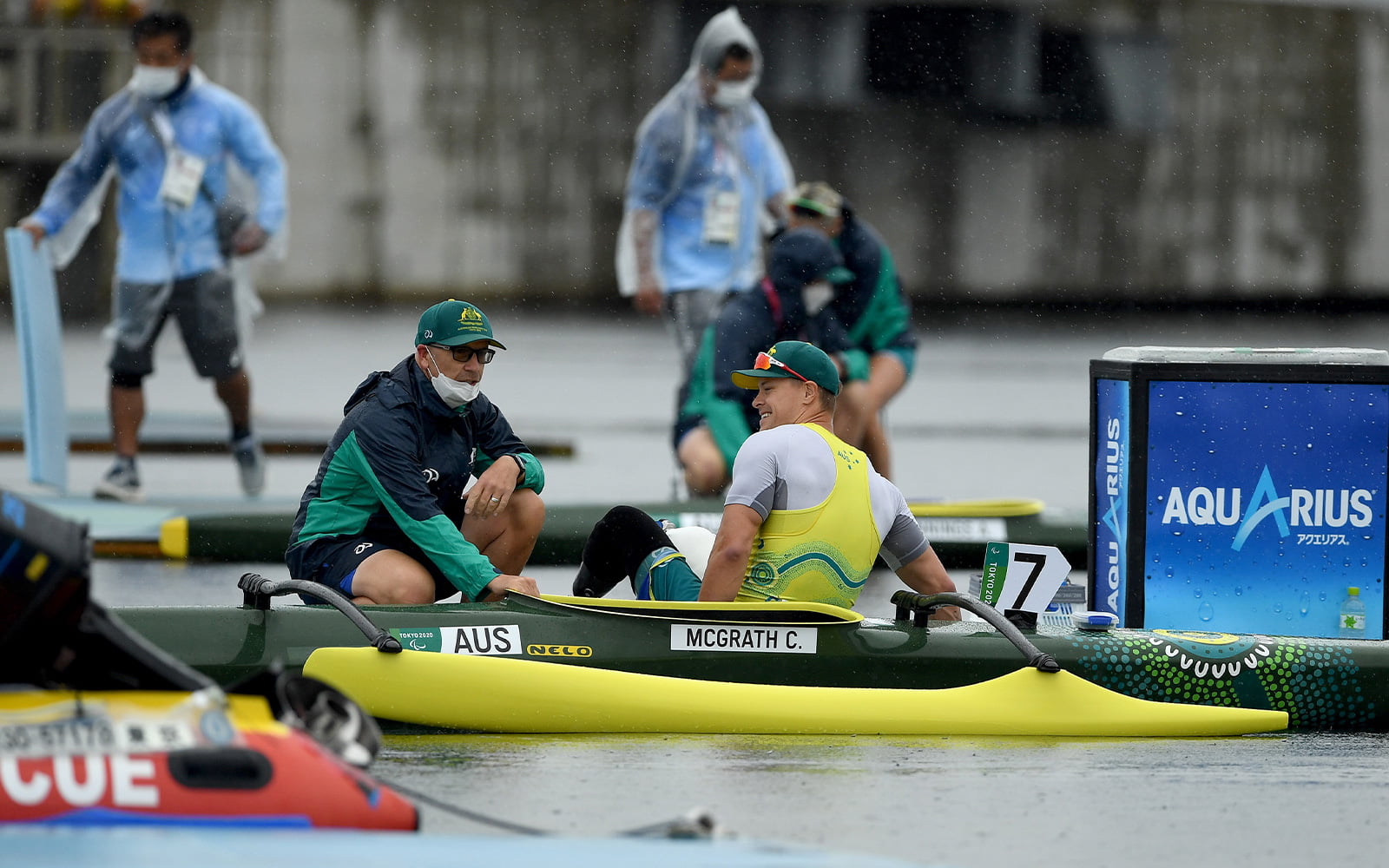 At the Para-Canoe World Championships in August, Shaun Caven experienced a day that made him realise why he does what he does.

As Para head coach, Caven said his role fluctuated between being an athlete’s dad, brother, uncle, mentor or teacher and every day presented a different challenge. But, after years behind a desk working for a power company before a coaching opportunity arose in his native Great Britain, seeing his Australian paddlers achieve their goals gave him cause for reflection.

The commitment Caven has shown to Australia’s best Para-canoeists since he moved here in 2019 is in focus as Paralympics Australia celebrates Global Coaches Day on September 25.

He is one of numerous devoted mentors Australian Para-sport is fortunate to have and, like most, sees success in his job as much more than delivering medals.

“That day at the World Championships was everything we wanted,” he said.

“Ben [Sainsbury] won the gold medal and Amy [Ralph] made her final which was amazing because she’d only been paddling for nine months. Then Dylan [Littlehales] made the final in the fastest time and looked good for a medal the next day. For each athlete the meaning was different but equally special.

“Take Ben for example, whether he came first or last in the final was irrelevant. Five years earlier he was lying in a hospital bed in Perth, so just getting to the World Championships was a great story. Winning was the cherry on top but the journey for him getting to that point was brilliant. That’s the kind of thing that makes you think ‘This is why I do it’.”

That day was made more special by the link Caven has forged with each of his troupe.

“It’s taken time to build those relationships but there were things I did to help it. Say with Susan Seipel, she loves animals and is an RSPCA ambassador in Queensland, so if you talk about animals with her, you can have a conversation that then leads into her performance.

“Curt [McGrath’s] interested in rugby and Formula One, so we talk about those things. You need to find out about people’s lives, what their experiences have been and what motivates them. If you do that, the reward is great.”

Caven coached able-bodied paddlers before working with the US team at the Rio Paralympics and Australia at Tokyo. He said he was thankful he now worked with Para-athletes.

“Coaching Para-sport has made me a better coach, full stop, and it’s changed my perception of human beings for the better,” he said.

“It makes you a lot more empathetic and one definite thing you learn through Para-sport is don’t judge a book by its cover. It’s incredible what people can do.”