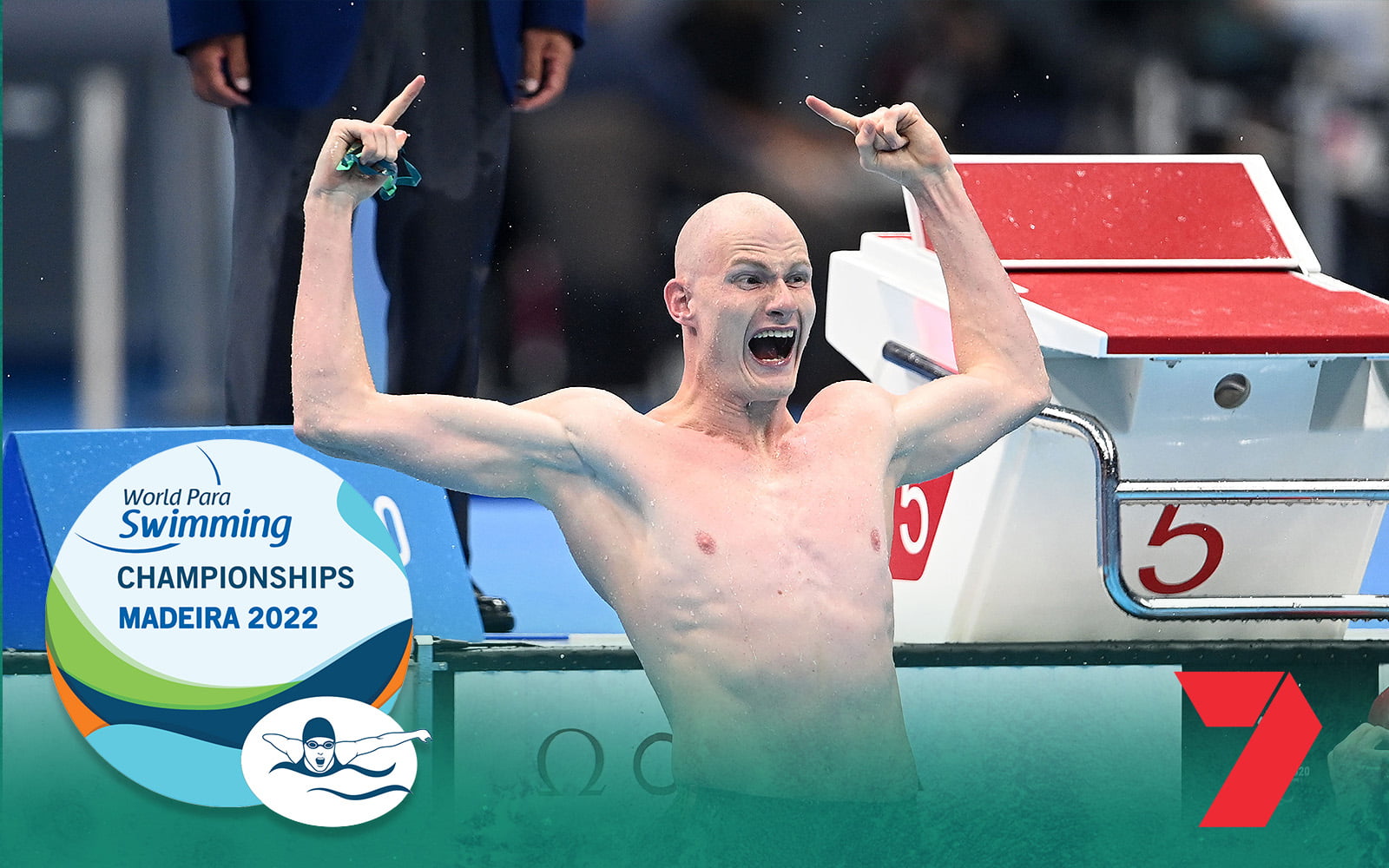 The Seven Network is giving Para-sport fans the chance to get right behind the Australian Dolphins when the 2022 World Para Swimming Championships in Portugal is broadcast live and free, from Sunday on 7plus.

Paralympics Australia has extended its valued partnership with Seven in a deal that will see the Dolphins, including Tokyo 2020 gold medalists Rowan Crothers, Lakeisha Patterson, Will Martin and Rachael Watson, compete against the global elite of Para-swimming over seven days in Madeira.

It will be the second time Seven has shown the World Para Swimming Championships after it became the first Australian commercial network to screen the event when it was held in London in 2019.

“This is great news for sports lovers around Australia who now have another chance to follow our top swimmers beyond their amazing feats at the Paralympic Games,” Paralympics Australia Chief Executive Catherine Clark said.

“I applaud the Seven Network for continuing to be a world leader in coverage of Para-sport. Since our relationship with Seven began before Rio 2016, they have delivered expert broadcasting, giving millions of Australians the opportunity to support our athletes and learn more about them and the Paralympic movement. It’s a relationship we are very proud of.”

“Our Para-swimmers were incredible in Tokyo, claiming eight gold medals and 33 medals in total, and winning scores of new fans back home. They’ve continued training extremely hard in preparation for these Championships, which is a benchmark event, and I’m sure that knowing they have an Australian audience willing them on will give them a huge boost.”

“Ahead of the upcoming Birmingham 2022 Commonwealth Games, we know that Australians are counting down the days to watch our beloved Aussies in the pool, and there is no better way to gear up for Birmingham 2022 than the World Para Swimming Championships,” he said.

“Australians embraced our incredible Paralympians during Tokyo 2020 and now we can unashamedly get behind them yet again as they take on the rest of the world in Portugal.

“The best place to witness all the action of the 2022 World Para Swimming Championships is right here on Seven, Your Home of Sport.”

The World Para Swimming Championships will be streamed live on 7Plus, amplified by Seven’s digital channels. Competition runs from June 12 to 18. Australia’s squad of 21 includes 19 swimmers who competed at Tokyo 2020.