Davidson puts up a fight at AO 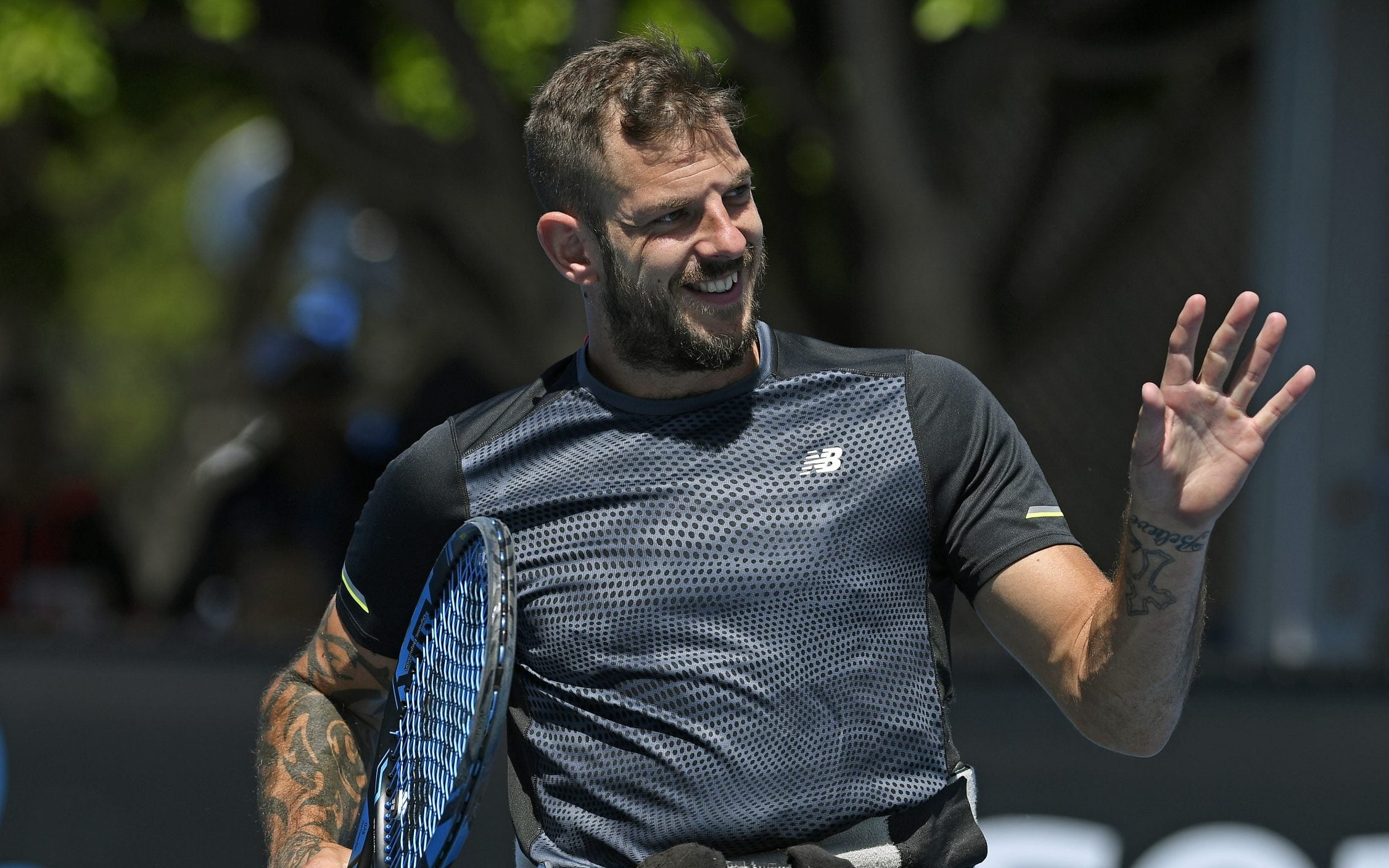 Home hero Heath Davidson has been knocked out of the Australian Open, after losing to Great Britain’s Andy Lapthorne in a three-set thriller (7-6, 3-6, 10-5).

Having not yet won a match at this year’s Open, it was Davidson’s pride on the line as he battled it out over two hours and 32 minutes, to avenge himself against the world number two.

While Lapthorne that won the first set, and eventually prevailed, Davidson took charge in the second set to finally claim his first set of the entire tournament.

It was in the second set that Aussie fans were sitting at the edge of their seats as Davidson served three aces, and notched up his fastest serve of the match at 125km/h, rivaling Lapthorne’s one ace of the match and outclassing his average serve speed of 110 km/h.

Right through to the third set’s tie-breaker, Davidson was able to outplay Lapthorne with his technique, serving one less double fault, three less unforced errors (35 as opposed to Lapthorne’s 38) and winning two more points throughout the match than Lapthorne (123).

But despite the Australian’s best efforts, it was Lapthorne’s grit and determination that now puts him in contention for his fourth Australian title.

“Hats off to Lapo, he really held it together. When I was 6-5 up in the third, that’s basically when he pulled out everything he had. He was steady, and played aggressively until the end and he got the better of me.”

While Davidson was unable to win a singles match at this year’s Australian Open, he remains confident of his ability to notch up wins against the best of the best.

“I feel like I played really well against Dylan (Alcott) on day one. The score board didn’t look great but I felt like my tennis was there,” he said.

“The match I just played was my best match of this summer so far, so I’m pretty happy despite the loss.

“It’s clear to me that the tennis is there. I’ve got to start believing it more consistently that I deserve to be out there with the rest of them, and a couple of points my way and it will be a different score on the board.”

The grand slam experience has also given Davidson an idea of what needs to be done ahead of the Tokyo Paralympic Games this August.

“It’s definitely coming together and every match, win or loss is good prep for Tokyo. I’m looking forward to keeping my head down this year and for the work to fall into place in September,” he said.

“Dylan and myself obviously won the doubles title again and it shows we work well as a team. Hopefully we can continue our form throughout the year, and when it comes to Tokyo, we’re able to bring another shiny thing back home.”