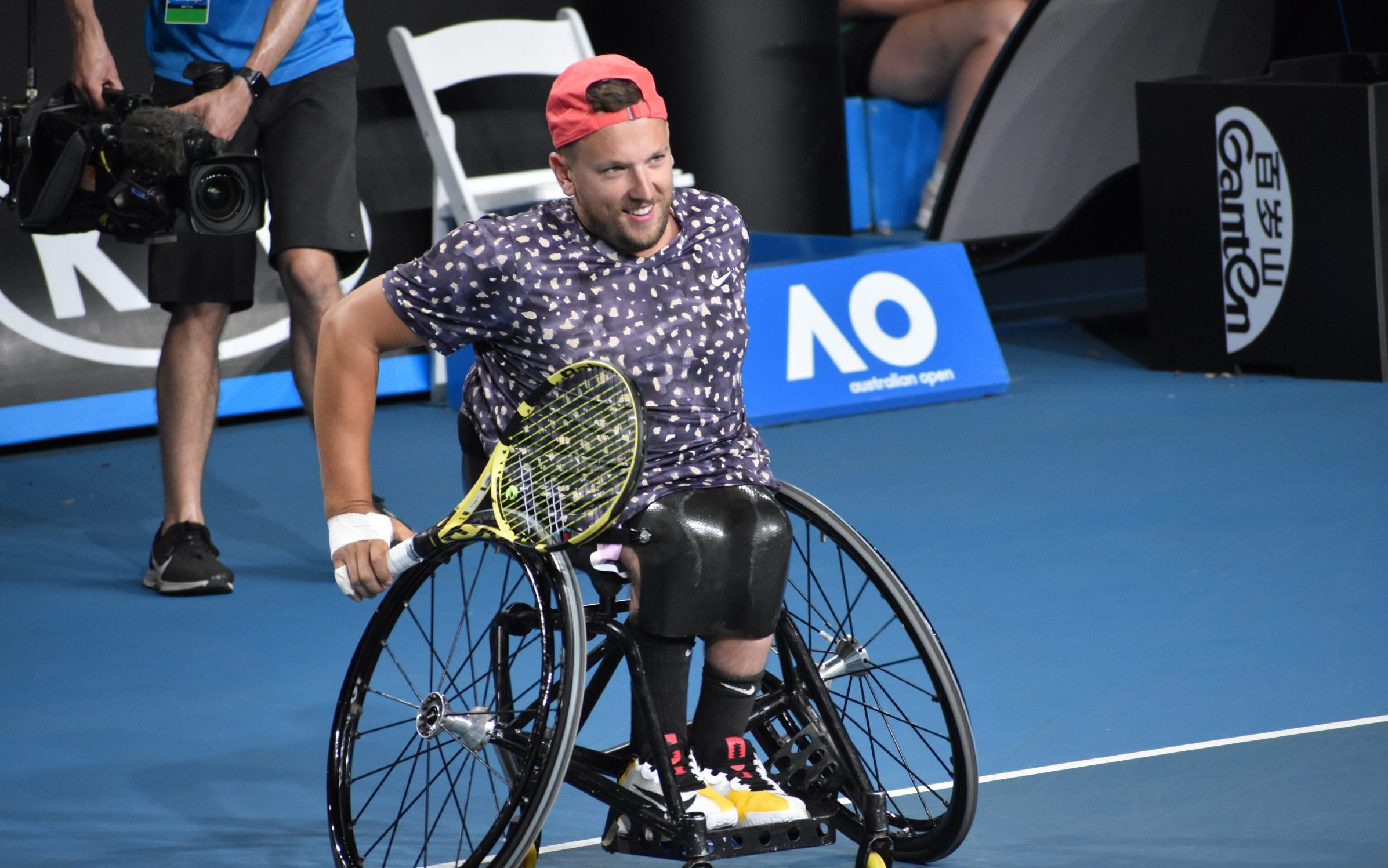 Dylan Alcott will compete in the Australian Open final as the only unbeaten athlete in his class, after defeating USA’s David Wagner tonight in straight sets (6-3,6-1).

With the score reflective of his obvious prowess, Alcott said the win was his best at the tournament so far, as he aims to collect his sixth consecutive Australian Open title.

“I played the best tennis I’ve played all week, which is good timing given tomorrow is the final,” he said.

“I play better when there is a big crowd and a better vibe than when I’m in some tiny little town in n where no one is watching, so it’s really awesome that the Australian public is getting really into it.”

With nearly 2,000 people crowding into the Melbourne Park show court, it was clear to Alcott that he wasn’t only playing for himself, but a growing fanbase of Para-sport supporters.

“It’s so cool that everyone is part of the journey, and hopefully that permeates into more people and more sports, because we have such a great product to offer at the Paralympics,” he said.

“The reason that people turned up today is not because they find us inspirational but they find us to be entertaining athletes to watch, and it’s dope that people are starting to get behind us.”

Alcott will now brace himself ahead of tomorrow’s final against Great Britain’s Andy Lapthorne, who infamously broke his Grand Slam winning streak at the US Open last year.

“I pumped him at Wimbledon 1-0, and he pumped me at US Open 1-0, so we had an exchange and tomorrow could go either way,” he said.Reflecting back on his US Open defeat, Alcott said:

“Retrospectively, I’m glad I lost the US Open because I’m a better person, better player, I have a better mindset and I’ve worked harder and all I can now ask of myself tomorrow, is not to win, but to do the best I can.

“I’m glad the US Open happened there and not in September in Tokyo, so I think I’ve learned from it and I think I can put it in action tomorrow.”

Now working with renowned mindset coach Ben Crowe, who has worked with the likes of Ash Barty, Alcott said his goals are now to be the best version of himself when he plays tennis.

“Of course I’d love to win the slams and the gold medals but when you think about too much, it becomes pretty big and too big, so all I can ask myself is to work hard and if I can play like I play in training, then I know I’ll be fine.”