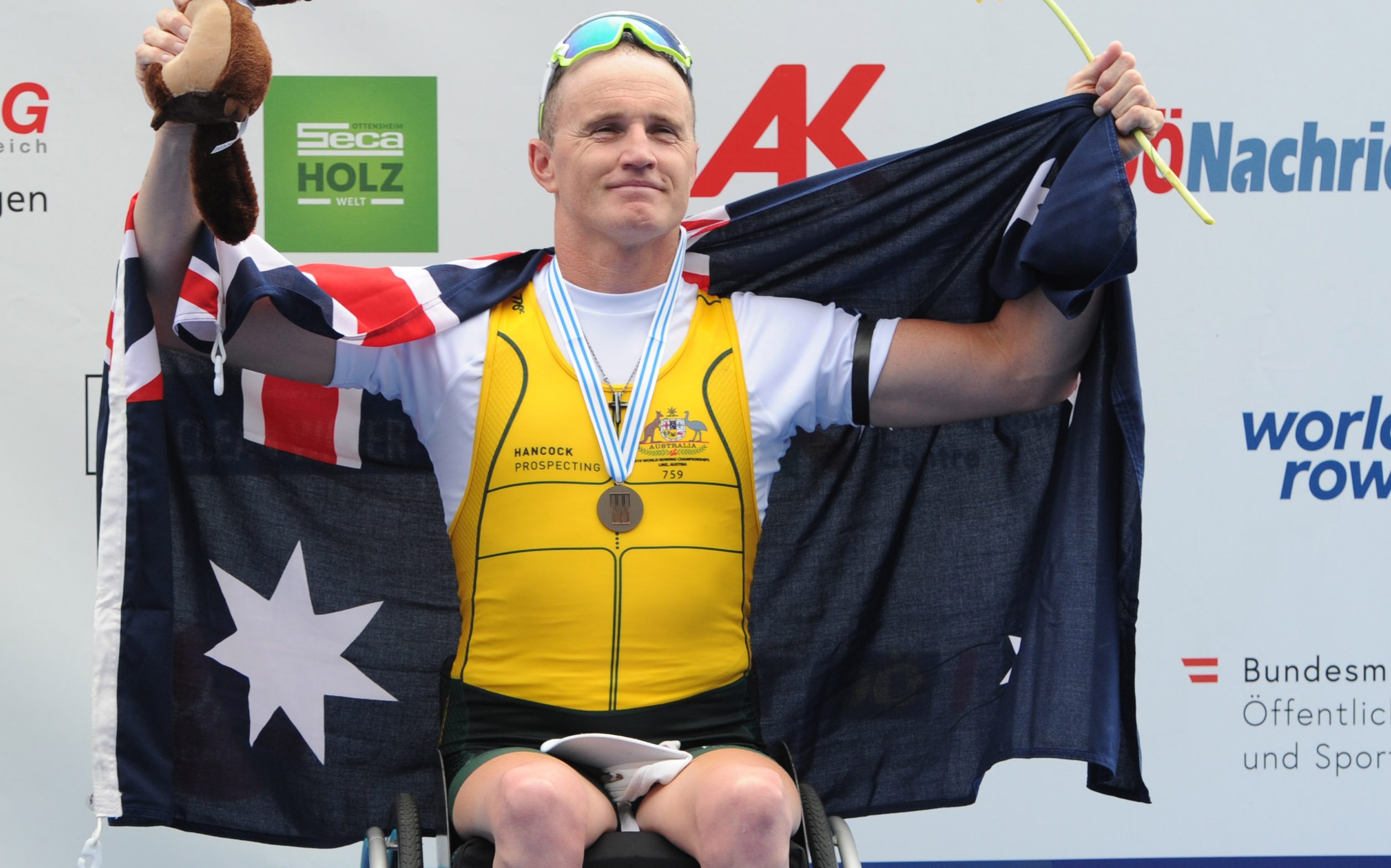 Erik Horrie aimed to win his sixth consecutive world title in the men’s single scull PR1 on the final day of the 2019 World Rowing Championships in Ottensheim, Austria. However, it was not his day, and instead he will take home a bronze medal.

Horrie sat back in second for the majority of the race, before slipping back into third, but held off a challenge from Great Britain in the final metres of the race to take bronze.

“It just wasn’t my day today,” Horrie said. “But I’m happy to come away with the medal considering the season I’ve had coming back from injury.”

Rowing Australia’s Performance Director Bernard Savage summarised the week: “This week has had some incredibly hard and tight racing across all boat categories, so to come away with qualifying eight Olympic and two Paralympic boats for Tokyo is really pleasing. I am very proud of this team and the way they have gone about their business this week. To have qualified a full complement of sweep boats for both the men and women is particularly pleasing.”

“All eyes are firmly on Tokyo now,” Savage said. “And I know the athletes, coaches and staff will be leaving no stone unturned in the quest for success at their respective Games.”