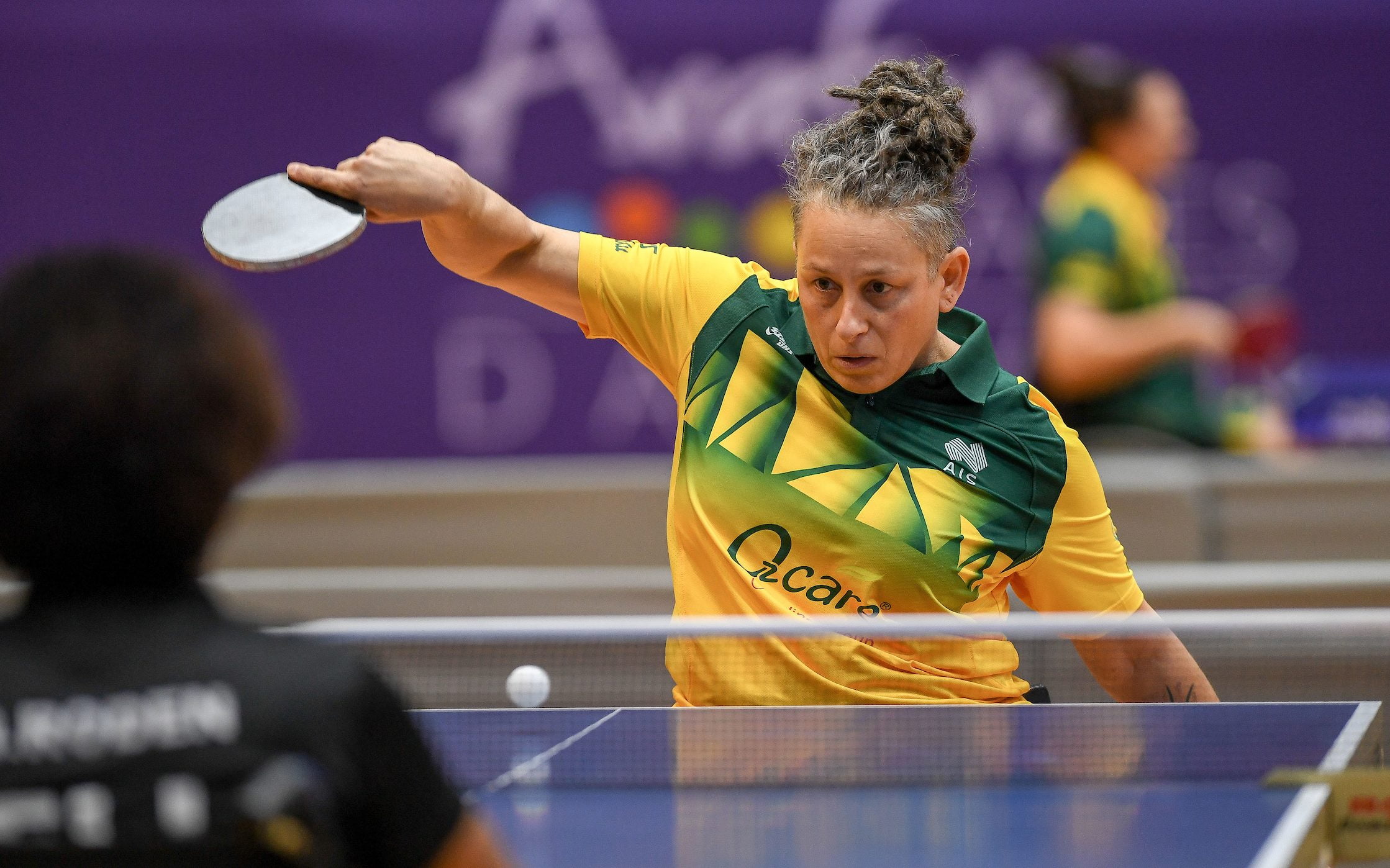 Australia’s Para-table tennis stars have grabbed all four gold medals on offer at the 2019 Arafura Games in Darwin, NT, and in turn taken the next step in securing an extra four slots for the nation at the Tokyo 2020 Paralympic Games.

With competition doubling as the 2019 International Table Tennis Federation Oceania Para-table Tennis Championships, a key qualifier for Tokyo 2020, there was more on the line than just medals for Australia’s competitors.

After tough rounds in the semi-finals for each of the four events (women’s and men’s standing and sitting), six Australians found themselves battling for gold.

While Di Toro was proud to win what was only her second international gold medal in the sport, she was mostly proud of the entire team’s victory tonight.

“Honestly, how exciting,” Di Toro said. “How great to watch four Aussies win a gold medal to be in Tokyo. That’s just incredible, it’s a proud day for lots of us.

“It’s really emotional for us as well. So many of us have worked so hard and it’s lovely to watch that work pay off.

“And to do it here at Arafura is just beautiful. What an incredible environment. So many great people are here to participate at a level that’s high but also allows people to see what’s possible and allow people to get better.”

Melissa Tapper (Class 10), Australia’s only athlete to compete at both the Paralympic and Olympic Games, repeated her performance from last year’s Commonwealth Games, defeating compatriot Andrea McDonnell (Class 10) in a three-set victory (11-1, 12-10, 11-4).

“I’m very stoked and quite relieved to have gotten through after quite a hectic schedule,” Tapper said, who arrived in Darwin from the 2019 World Table Tennis Championships.

“There was quite a bit at stake for the team, and everyone did their best to try and get over the line.”

Coughlan could not be happier with his result, having narrowly missed a spot on the Australian Paralympic Team for the Rio 2016 Paralympic Games after losing his finals match at the qualifier four years ago.

“I missed out on Rio four years ago – just – and this time I trained really hard and I had a lot more focus to get it done.”

“It’s exciting and I’m improving, I can feel it,” Chen said. “Everyone is doing the hard work and we’ve deserved to win tonight.”

Dedicating his win to his mother, who travelled to Darwin to see her son play, he said: “My mum was here today and I have her to thank for everything.”

The Oceania Championships will continue tomorrow (3 May), with the team events beginning at 10:00 local time.