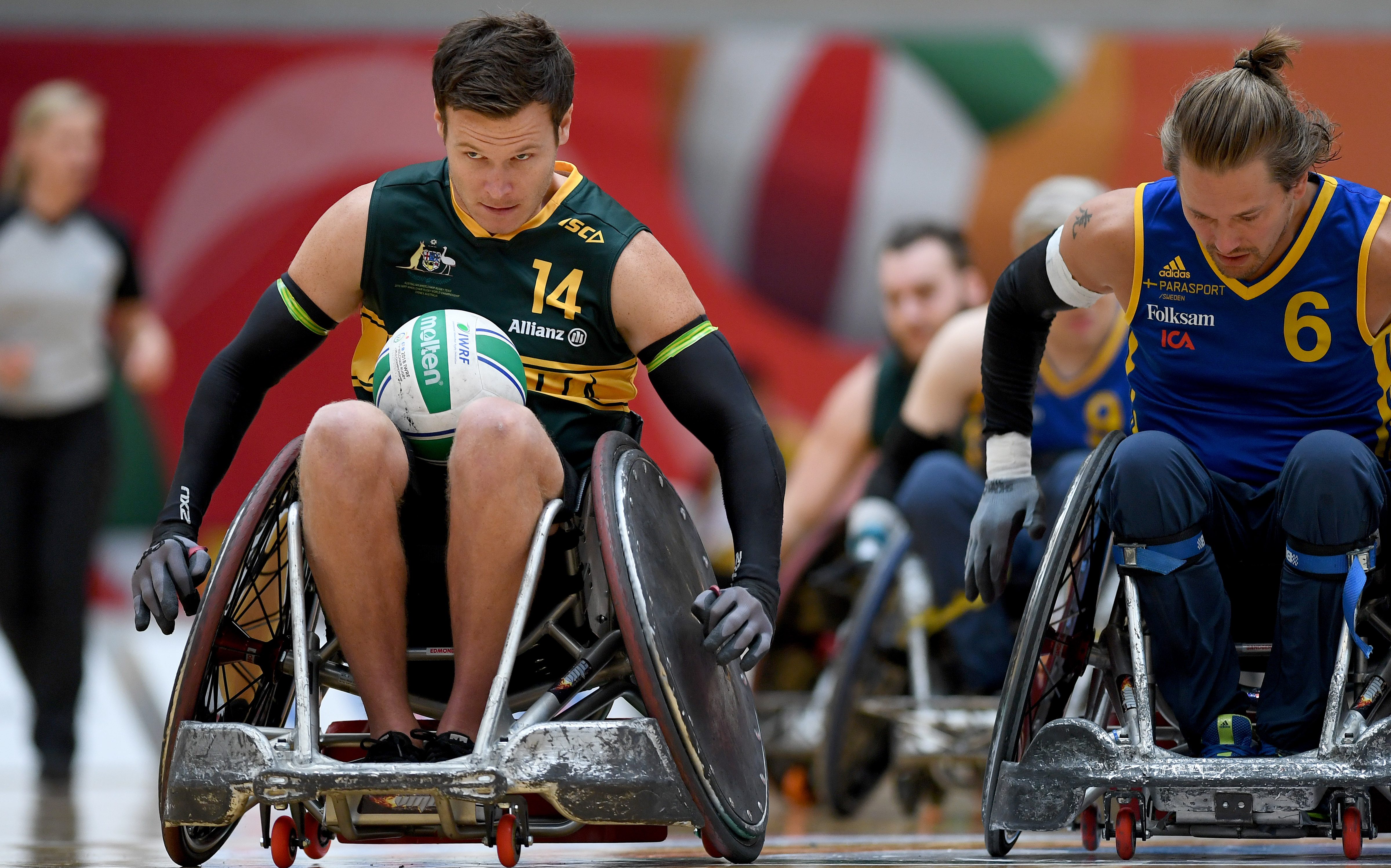 The Australian Steelers have hammered Sweden 71-38 today to continue on their winning way at the GIO 2018 IWRF Wheelchair Rugby World Championship at Sydney Olympic Park.

The writing was on the wall early for the Swedes, who could do little to stop the rampant Australian offence from crossing for the first five tries.

But even with a commanding lead throughout the contest, the Steelers were never guilty of dropping the intensity.

“We wanted to send a message early,” said Ryan Scott, who made his 283rd appearance for Australia.

“It’s been so good, we really haven’t taken the foot off the gas at all. We want to keep doing that now.

“We don’t want to get complacent at all and we want to make sure that when we get to the tougher games we want to be playing at that maximum level from the start.”

The defending Paralympic and World Champions, sponsored by Allianz, now move to the top of their pool, where they hope to remain until the qualification matches conclude on Wednesday.

The Steelers face Denmark tomorrow (1:30pm) before the critical double-header on Wednesday against Ireland (10am) and Japan (6:30pm) which will determine their path to the medal rounds.

“You need a big team effort at this event, it’s hardest to win because there are more games [than a Paralympic Games], plus we have a double-header coming up which will be our big test,” Scott said.

“But we’re doing everything right. We played four different line-ups today and each line-up got turnovers and were as strong as each other.

“Having that depth puts us in a good position for later in the tournament.”

The Steelers now turn their sights to Denmark, who have begun their campaign with strong wins against Sweden and Ireland.

Batt said his men must be ready for a huge onslaught.

“Denmark play with a lot of speed. They’ll be the toughest opponent that we’ve faced so far, it will be a war but we’re just going to try and play like we have have been,” said the Australian captain.

“You really want to do well here for your family, your friends and the Australian public. It’s pushing me harder and just gives you that extra edge.”