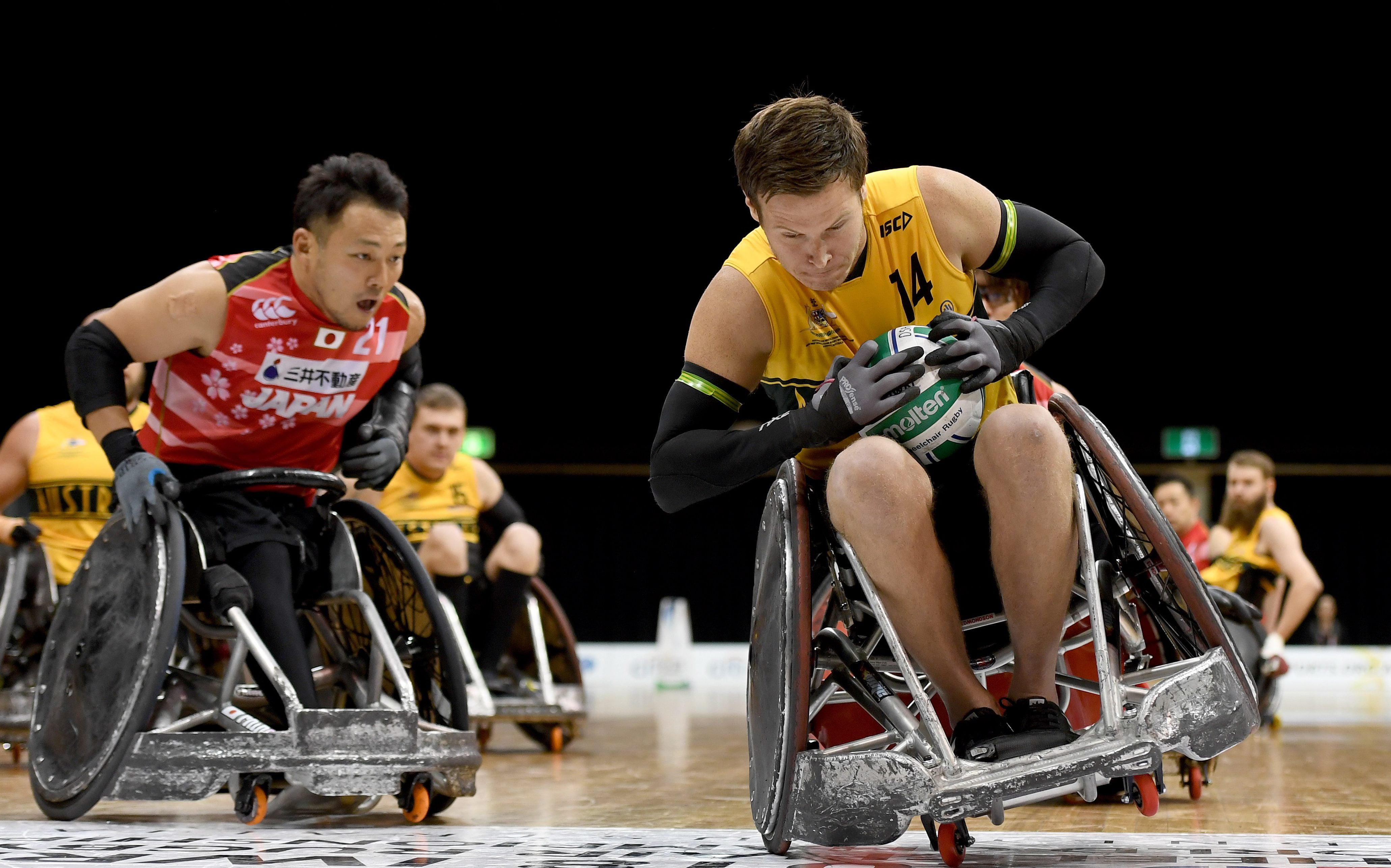 Australia will face Great Britain on Thursday for a place in the gold medal match at the GIO 2018 Wheelchair Rugby World Championship at Sydney Olympic Park.

A resounding 65-52 victory over Japan on Wednesday night ensured the Steelers emerged from Pool A undefeated from their five matches.

They have now booked a semi-final against Pool B runner-up Great Britain and importantly, have avoided facing arch-rivals and Pool B winner Team USA in the first sudden death game.

That assignment now falls to Japan, who found no answers to the mistake-free brand of wheelchair rugby from the Steelers in tonight’s blockbusting clash.

It wasn’t until the fourth minute of the fourth quarter that the Australians conceded their first turnover. By that stage, Japan had conceded more than 10 turnovers and the match was out of their reach.

Knowing that victory would give them a more desirable path to the gold medal match, the Steelers needed their big guns to step up and they did. Captain Ryley Batt led from the front, scoring 41 of Australia’s 65 tries.

“I think we conceded only one turnover so we’re really happy about that, but sort of annoyed at the same time,” Batt said.

“For us to play like that against a fantastic, quality team like Japan, we’re really, really happy.

“Every one of our line-ups has really stepped it up so far, but we know the job is really only just starting at this tournament.

“We have two more big games. We’re not excited yet, you know, it’s early days.

“We’ve been in this situation before and it’s about telling these new guys that it’s not done yet, we still haven’t accomplished what we came here to do.

“That was just the start of the mountain we have to climb to win that gold medal. We’ve got two more big, big games.”

Chris Bond was Australia’s other leading scorer tonight (18 tries) and also maintained his amazing unbeaten record at a major championship dating back to the London 2012 Paralympics and including the 2014 World Championships and the 2016 Rio Paralympics.

“I consider myself a big game player, so this is what I live and breathe,” Bond said.

“I play for this kind of event. You want to be in these games at a major tournament and I’ll be giving100 per cent all the way, that’s me.”

Team USA confirmed top spot in Pool B when they defeated Canada 54-47 tonight to protect their unbeaten tournament to date, while Great Britain defeated France 47-41 in what was a battle for Pool B runner-up.

And although the Australians have their sights firmly set on defending their World Championship title on Friday, they know that Great Britain would love nothing more than to condemn the home side to the bronze medal match on Friday by causing a upset in tomorrow’s semi-final.

Batt is adamant that complacency will be no issue for the Australians against Great Britain.

“Great Britain have a very tough team and we have a massive test against them tomorrow,” Batt said.

“They’ve got a lot of balance and a lot of speed.

“So it’s going to be very, very tough and we’re expecting a much closer game than the one against Japan.”

The Australian Steelers, sponsored by Allianz, face Great Britain tomorrow at 4pm in the semi-final of the GIO 2018 IWRF Wheelchair Rugby World Championship.