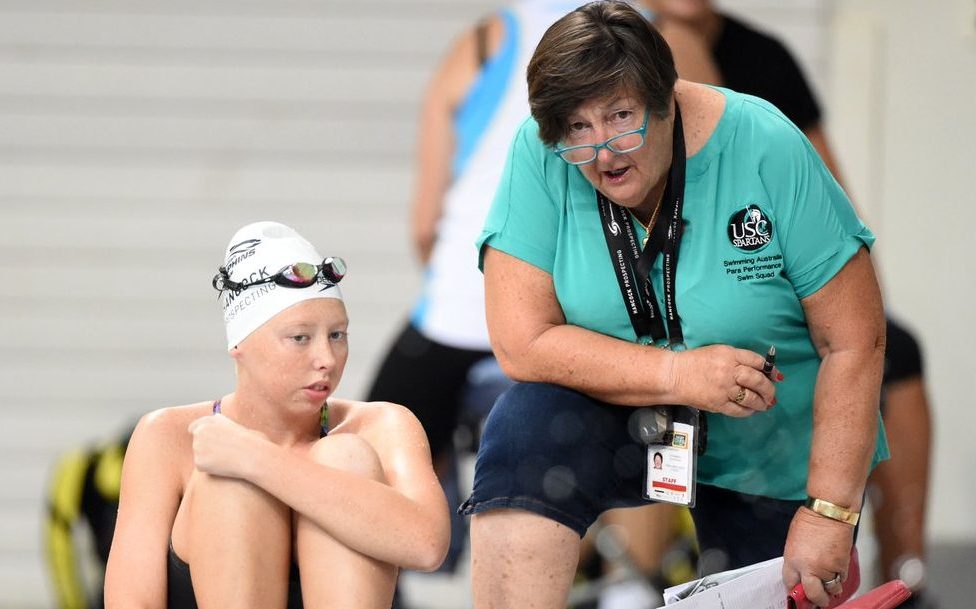 It is with great sadness that Swimming Australia advises of the sudden passing of National Para-sport Mentor Coach Jan Cameron in the early hours of 30 April, aged 70.

As Swimming Australia’s current Para-sport Mentor Coach, Cameron was a much-loved member of the Australian swimming family – staff, coaches, officials and athletes alike. Cameron’s illustrious career has spanned all areas of swimming, including as an athlete, coach and administrator.

An Olympian herself, Cameron was swimmer number 109. She represented Australia at both the Olympic and Commonwealth Games, winning a silver medal at the 1964 Tokyo Olympics for her part in the women’s 4x100m freestyle, alongside Dawn Fraser.

Cameron began her coaching career in 1968 at a small club in Port Kembla, NSW. Her passion for coaching grew, and Cameron expanded her experience working in Canada, the USA and New Zealand. She was a strong advocate for achieving more and doing better than your best, in all aspects of life.

Cameron’s first Paralympic Games experience came in 1972 as a team coach. She then made a significant contribution to Team New Zealand as an Olympic coach in 2000, with more success following as Head Coach for New Zealand at the 2004 and 2008 Olympic Games.

Impressively, her squad of six swimmers won 10 medals at the 2015 World Championships.

One of Cameron’s biggest coaching accolades came in 2015 when she was announced as just the third Australian woman to gain her Platinum Coaching License, following on from her swimmers’ outstanding results at the 2015 world titles.

With only 23 Platinum-level coaches nationwide, Cameron joined an elite group, including both Ursula Carlile and Tracey Menzies as the only three Australian female coaches that had achieved this recognition.

Cameron held the position of Head Coach of the University of Sunshine Coast’s Para-swimming program from April 2014 until Nathan Doyle took over in February 2017.

After 50 years in the coaching game, Cameron will be sorely missed within the industry – by colleagues, coaches, athletes, and all in the wider swimming community.

Swimming Australia will advise an appropriate memorial in due course. Our thoughts are with Jan’s family and friends at this sad time.