Australians dust themselves off to focus on Super G 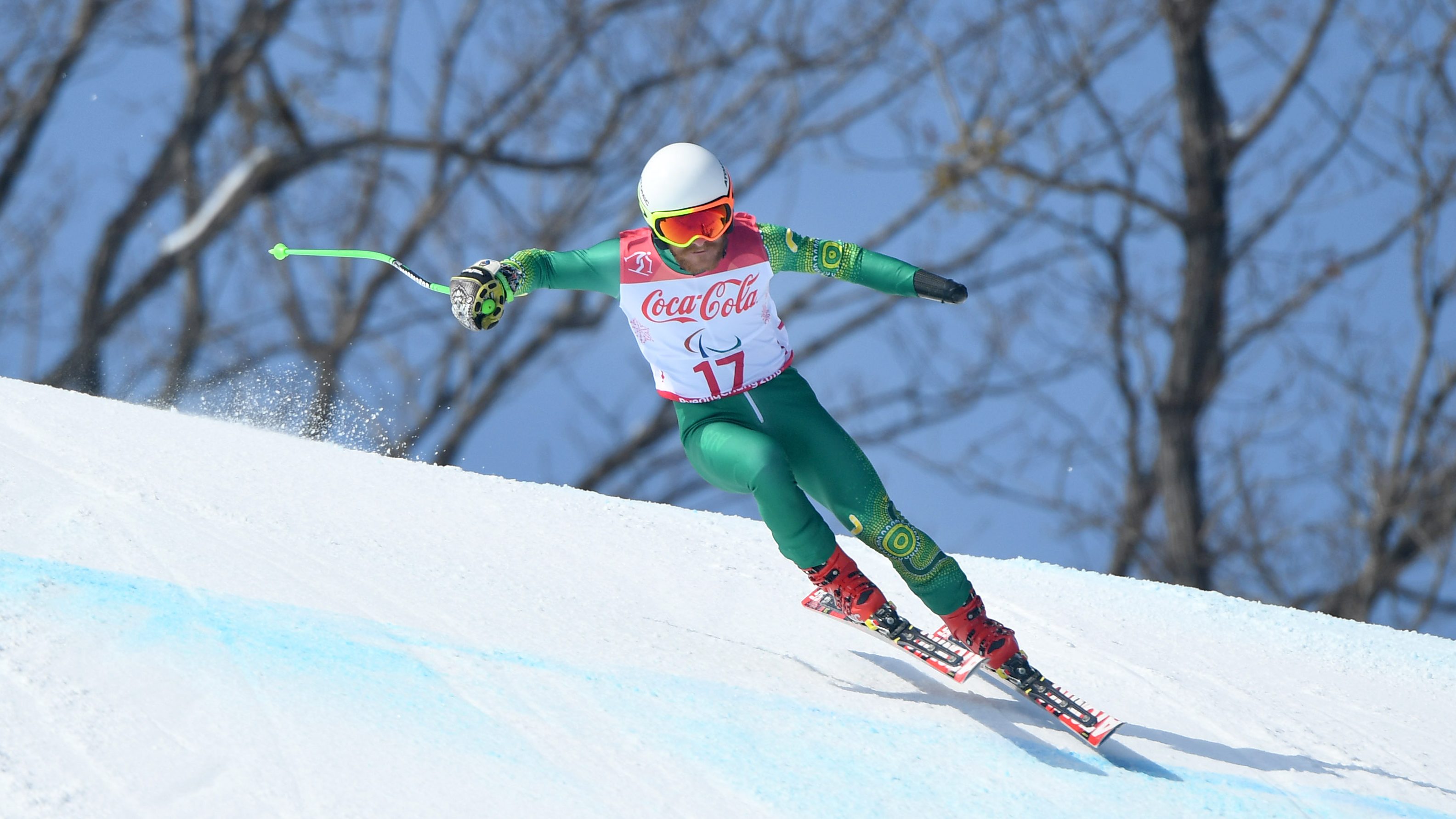 With a warm burst of weather approaching, Australia’s Paralympic alpine skiers are hoping to get some good results from Sunday’s Super-G event at PyeongChang’s Jeongseon Alpine Centre before conditions start to deteriorate.

Sit-skier Sam Tait (NSW) narrowly missed out on a top-10 result finishing 11th from a field of 26 competitors.

But the Korean weather is turning decidedly Spring-like in the coming days. So the Australians are anxious to get the second speed event on the five-event  program underway while the snow remains in reasonably good condition.

Weather forecasts are for temperatures to rise to a maximum of over 10 degrees Celsius by mid-week. This just days after the Australians marched in the opening ceremony in -6C.

“But it’s the same for everybody. Skiing back home, the team who live in Jindabyne, they have to get up at 5am to ski in Perisher or Threadbo or Blue Cow and they’re off the snow at 9.30am before conditions start to soften.

“The people who find the most difficulty are the seated athletes. You can see when the sit skiers were coming down, it was really bumpy towards the end (in the Downhill), so that’s a problem for them.”

Along with some good Saturday results, there was some disappointments as both Mitchell Gourley (Vic) in standing class, and Mark Soyer (NSW) in sitting, registered DNFs (did not finish) results due to course-reading mistakes or equipment failures.

Jonty O’Callaghan finished 22nd in the standing class Downhill and lamented how his inexperience held him back a bit. Dean said all athletes went through these “teething” races.

“If you don’t do as well as you expect, no matter what it is, you’re thoroughly disappointed but what they (athletes) do is review it, work out where they went wrong and it goes back in the library,” Dean said on how his skiers would digest the Downhill and move onto the Super-G.

“You’re not an expert until you’ve made every mistake.”

Perrine readily admitted she was a little tentative on the Downhill. Although she took a bronze in World Cup racing in the event last season, her most recent seven World Cup medals have all been in the technical events – Slalom and Giant Slalom.

“Coming into this preparation, downhill is my weakest event. So I’m looking forward to the super-G and the rest of the events,” the three-time Paralympian said.

“Downhill is the fastest of the speed events but Super G is also a speed event, so it gets you used to the speed and the hill, lets you feel out the hill a little bit. From there, you can take that experience into the super-G and you’re able to work the ski, you can turn a little bit harder.

“I am so glad to be started. We’ve been here for over a week now and it’s awesome to finally be able to kick this off.”

Tait is hoping the snow conditions hold up.

“The track will probably be the same,” the 26-year-old said. “It’s pretty soft at the moment so it’s going to be bumpy regardless of where we run. You’ve got to find your way around the bumps and see what happens.

“Downhill is kind of more relaxed so to speak but Super G is fast tempo.”

O’Callaghan is eager to learn as much as he can at his first Paralympic Games.

“The Super G is another fast run and every run you can keep building because you know the terrain a bit better and understand how the snow is going to be a little bit more each time,” the 21-year-old said.

As for being a Paralympian?

“It hasn’t really sunk in yet. I’ve been racing for a long time, and the tag doesn’t really rest well yet but I hope with time I can sort of appreciate what I’ve been able to do.”