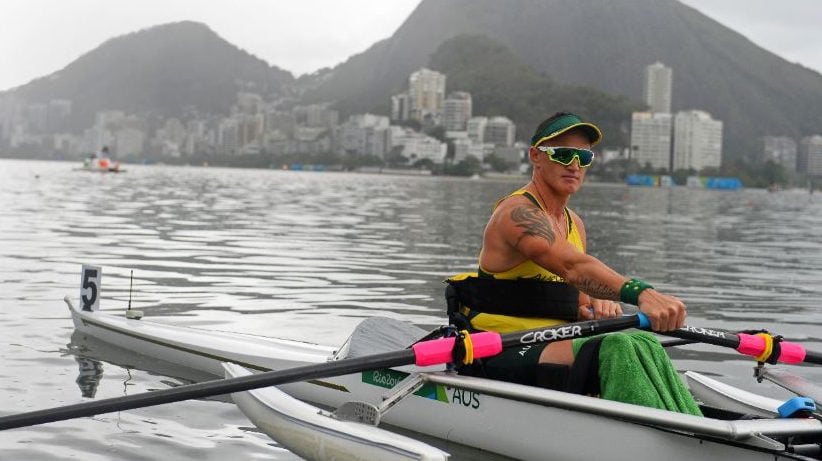 Hot and humid conditions greeted the Australian crews competing on day 3 of the 2017 World Rowing Championships in Sarasota, USA.

Horrie, the three-time World Champion and Rio 2016 Paralympic silver medallist, showed the PR1 Men’s Single Sculls field that he has comfortably stepped up from 1000m to 2000m racing. The 37-year-old took off from the starting blocks with Jaroslaw Kailing of Poland in hot pursuit but it was the Australian in the lead as they crossed the 500m marker.

Horrie continued to lead and then moved away from the rest of the field and was well out in front by the halfway point of the heat. Looking effortless on the water, he crossed through to the red buoys rating a low 27-stroke rate and then dropped down to 24 strokes per minute. Despite the relaxed finish, Horrie comfortably progressed to the semi-finals, recording the fastest qualifying time of the three heats, 10 minutes, 1 second.

“It was good, although I don’t think you can really look at the times compared to all the different heats. This is only the first lot of racing so nobody is really showing their true hand and I expect, as we move through the program, it’s going to get faster and faster.

“Conditions were fine, everyone has to deal with the same situation with the heat and everyone seems to be dealing with the heat quite well, it certainly didn’t really affect me. I think all the training I’ve been doing back home is paying off. Between now and the semi-finals it is about continuing training. One box is ticked and there are two more to go,” said Horrie.

All races can be live-streamed via www.worldrowing.com