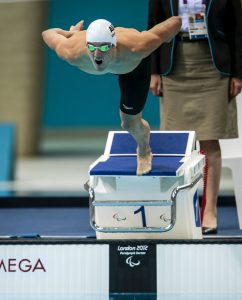 With only 23 Platinum level coaches nation-wide, Jan will join an elite group, including both Ursula Carlile and Tracey Menzies as the only three Australian female coaches that have achieved this level of recognition.

The Platinum Coaching Licence is acknowledgement that an individual has coached athletes to medal winning performances at the Olympics or World Championships and is the highest level of recognition coaches can gain under the Swimming Australia coaching pathway.

“This is so important to me. It makes me proud to be a coach in Australia and especially humbled to be only one of three female coaches accorded this honour. To lead other women to become involved in Paralympic coaching is so important,” Jan said.

An Olympic and Commonwealth Games representative, Jan won a silver medal at the 1964 Tokyo Olympics for her part in the 4x100m freestyle relay, and began her coaching career shortly after in 1968 at a small New South Wales club in Port Kembla.

Jan then moved between Australia, Canada, the USA and New Zealand gaining knowledge and experience from all over the world.

Her first Games experience came in 1972 as a Paralympic team coach and she then made a significant contribution to team New Zealand as an Olympic coach at the Sydney Games in 2000 and as the Head Coach at the Olympic Games in Athens, 2004 and Beijing in 2008.

Just three years ago Jan moved back to Australia and has since represented Australia as a coach at the 2014 Para Pan Pacific Championships, the 2014 Brazil Open, the 2015 Berlin Open and the 2015 IPC World Championships.

At the most recent IPC World Championships Jan had six swimmers and managed to walk away from the competition in Glasgow with an impressive 10 medals to her squad.

“Hopefully this acknowledgment will inspire others to follow the coaching pathway because it is so worthwhile, so giving and so rewarding at the same time. I am very humbled to receive this recognition.

I would like to say thank you to ASCTA for the honour, it is so precious to me and if it helps inspire other coaches then that is amazing. I would also like to thank Swimming Australia for having the vision to have two Performances Centres for our top Paralympic swimmers to access the outstanding services available at the University of the Sunshine Coast,” Jan said.

Swimming Australia General Manager Performance Wayne Lomas said, “Jan’s knowledge, passion and experience is a true asset to our team and it is great to see her hard work recognised as a coach and also as a leader in our sport.  We are extremely fortunate at Swimming Australia that Jan is sharing her skills and enthusiasm with our Para & Olympic program swimmers and their coaches. She is an inspiration not just to women in sport and female coaches, but to all coaches and the wider swimming community. On behalf of Swimming Australia I would like to extend my congratulations to Jan on this outstanding achievement.